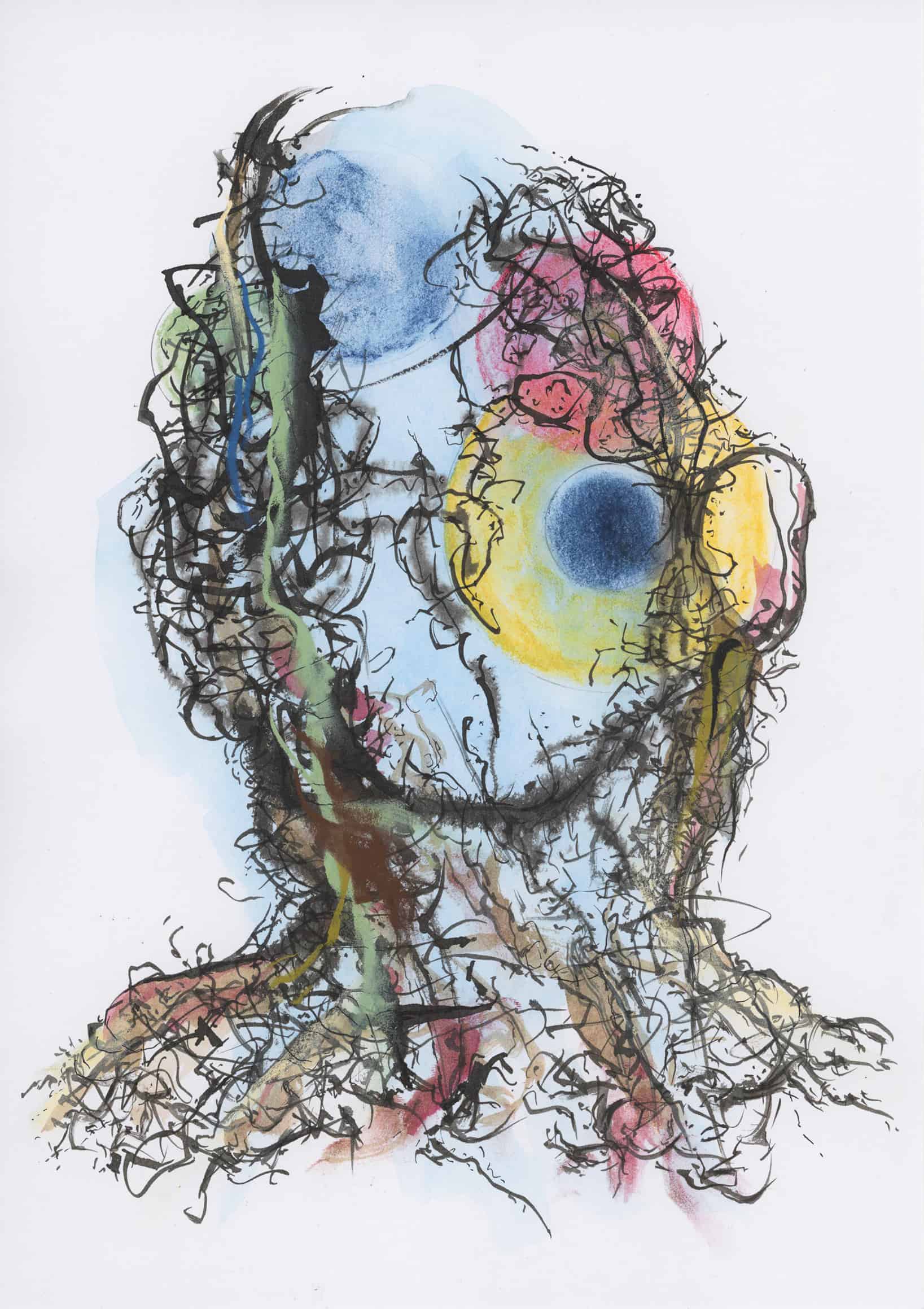 This is a drawing about a series of networks, entanglements, and meshes trying to intertwine. From roots, mycelium, and neurones to vast amounts of extracted personal information accumulating in data lakes. The drawing weaves various movements, shapes and colours of pigments in a way which is not so much diagrammatic but is the trace of a process, uncovering the connections between those apparently distinct ecologies. I was also thinking about a rapid chain of events: reaching for ‘forbidden fruit’, something sticking in the throat, sudden shame catalysing the response to create. Somehow there are also ciphers, Mary Douglas’s Purity and Danger, an Arthur Rackham illustration of a witch snared in a briar and a title which sounds like the name of a dub album.

Born in 1965 in London, Adam Chodzko lives and works in Whitstable, Kent. Graduated from BA History of Art at University of Manchester (1988), and MA Fine Art at Goldsmiths (1994).

Chodzko explores the interactions and possibilities of human behaviour by investigating the space of consciousness between how we are and what we might be. Working across media, from video installation to subtle interventions, with a practice that is situated both within the gallery and the wider public realm, his work invents possibilities for collective imagination, wondering how we might perceive better in order to create better connections with others? What might we be becoming?
Working between documentary and fantasy, conceptualism and surrealism and public and private space Chodzko engages reflexively with the viewer; the work appears to ‘make itself’ through the act of looking.  His practice turns everyday personal experience into ‘science fictions’ or ‘speculative fictions’ following a path in the present towards its alternative realities, its hyperstitions. 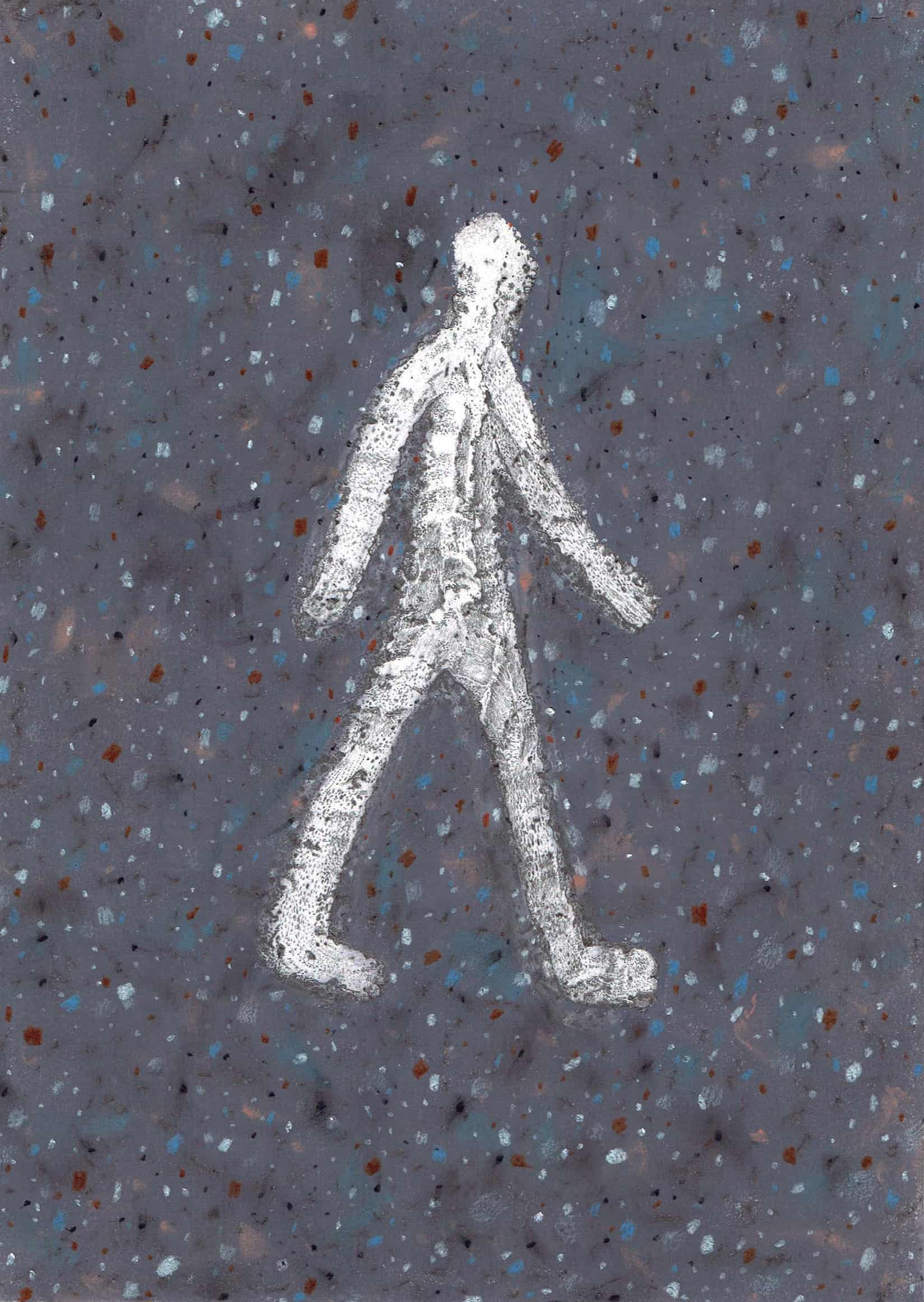