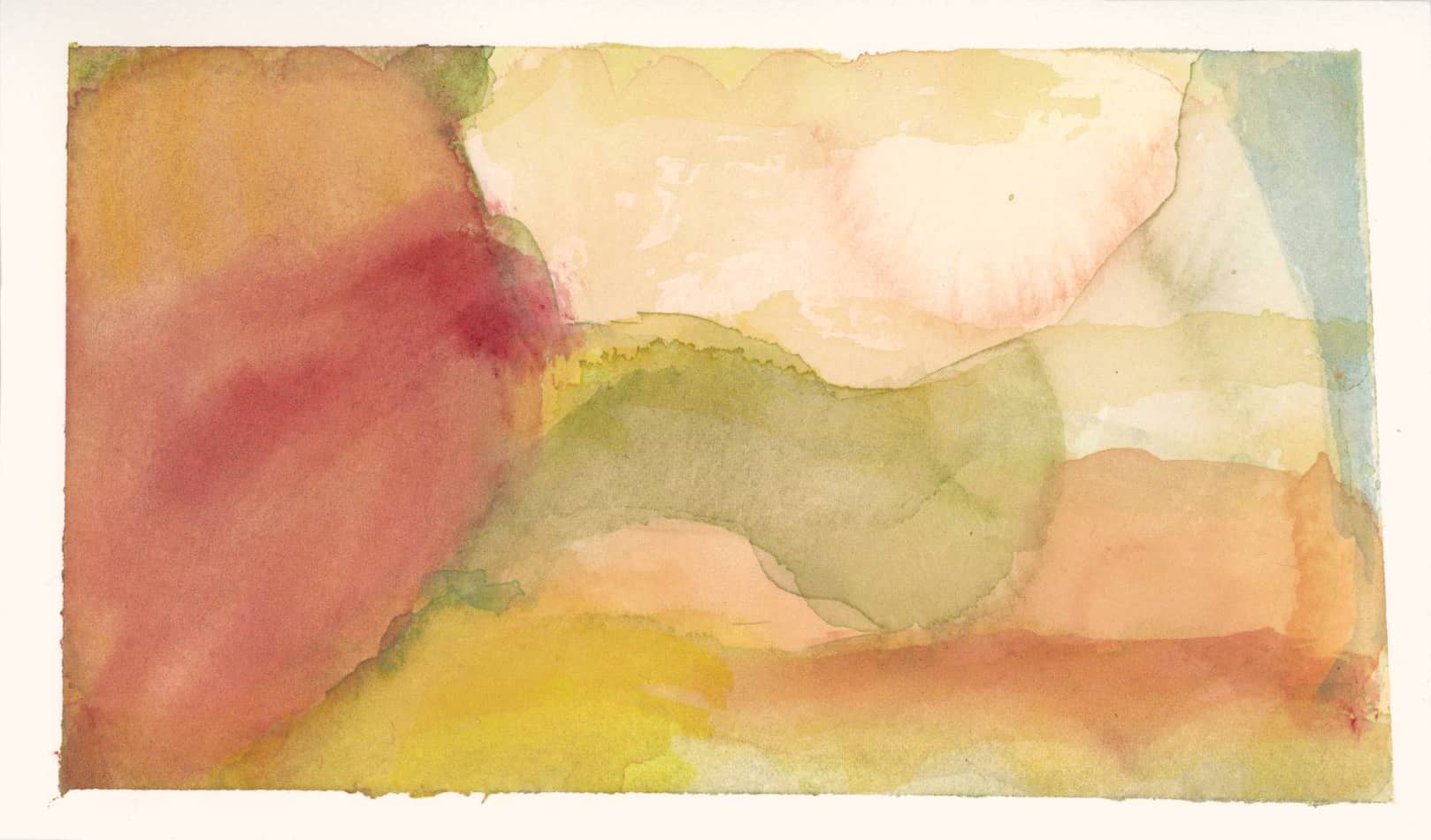 This pair of works are from a recent series that began over the Spring of 2020. They came about from testing how watercolour responds to a layering of colour and content, and how by rotating the image while working I can establish a variation of marks and movement. The abstracted images reference organic shapes, but also bodies in imagined landscapes.

In Teplin’s work issues of translation, quotation and female presence are shaped into layered installations of painting, sculpture and performance. She uses various forms of abstraction to create a language that obscures itself while simultaneously relating to specific art historical movements and their social context.

Teplin’s paintings focus on colour and materiality as a way to engage a repetition of gesture and the physicality of an implied body. Her performative installations bring together architectural intervention with art historical, literary, film references and archival research. Through sewn works, painted costumes and sculptures reminiscent of domestic space, Teplin situates conversations surrounding labour, collaboration and positions of decadence.