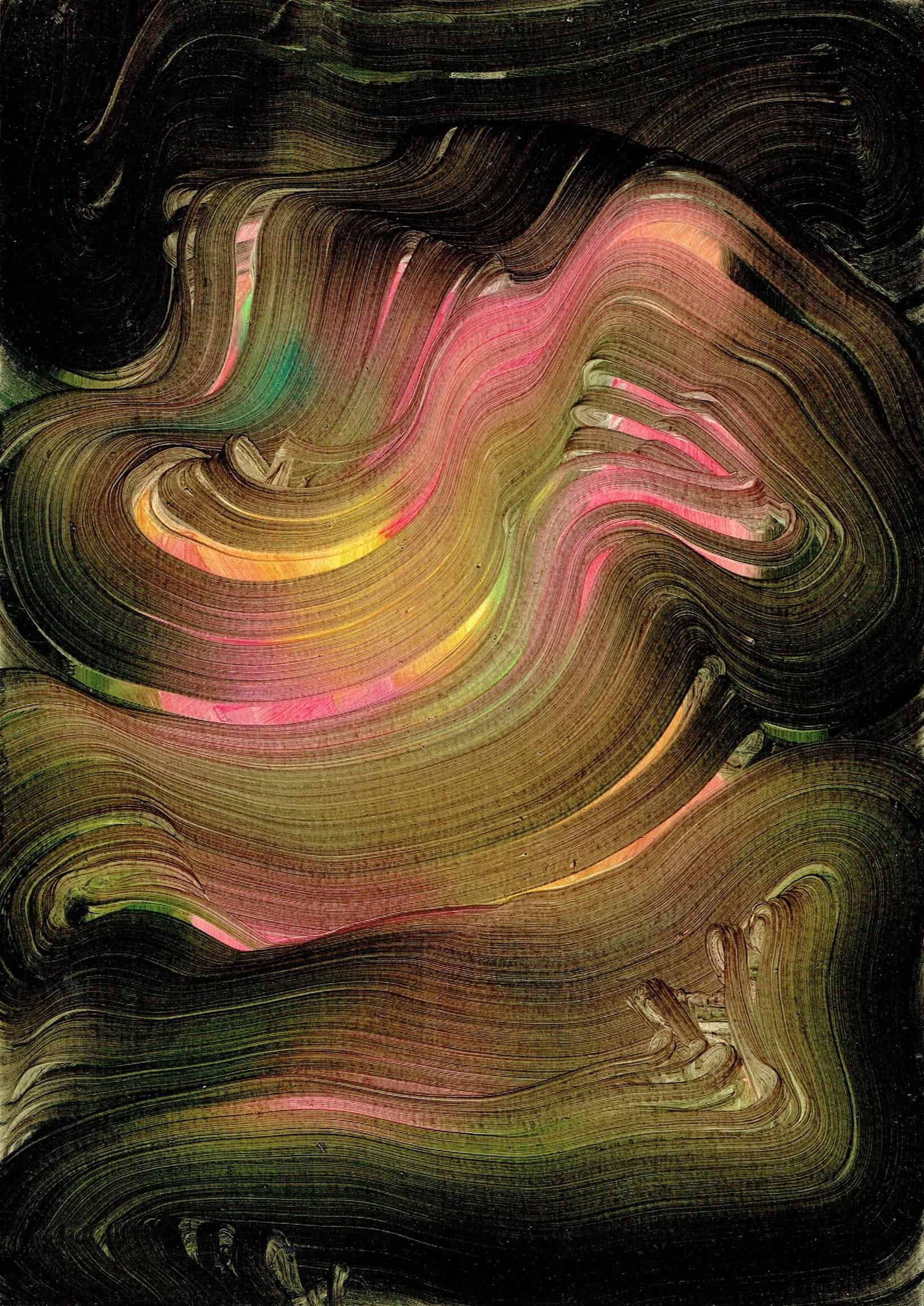 This work went through several iterations before emerging as it appears now. A succession of motifs and compositional ideas were drawn into a wet layer of paint before the piece was completed by a single continuous stroke with a large brush.

Harper’s work is drawn by an almost overwhelming abundance of resources. To engage with his paintings means to enter a whole new world on its own terms. References from botany, flora, Victorian and primordial motifs as well as powerful colours and abstract arrangements stimulate our senses and imagination. 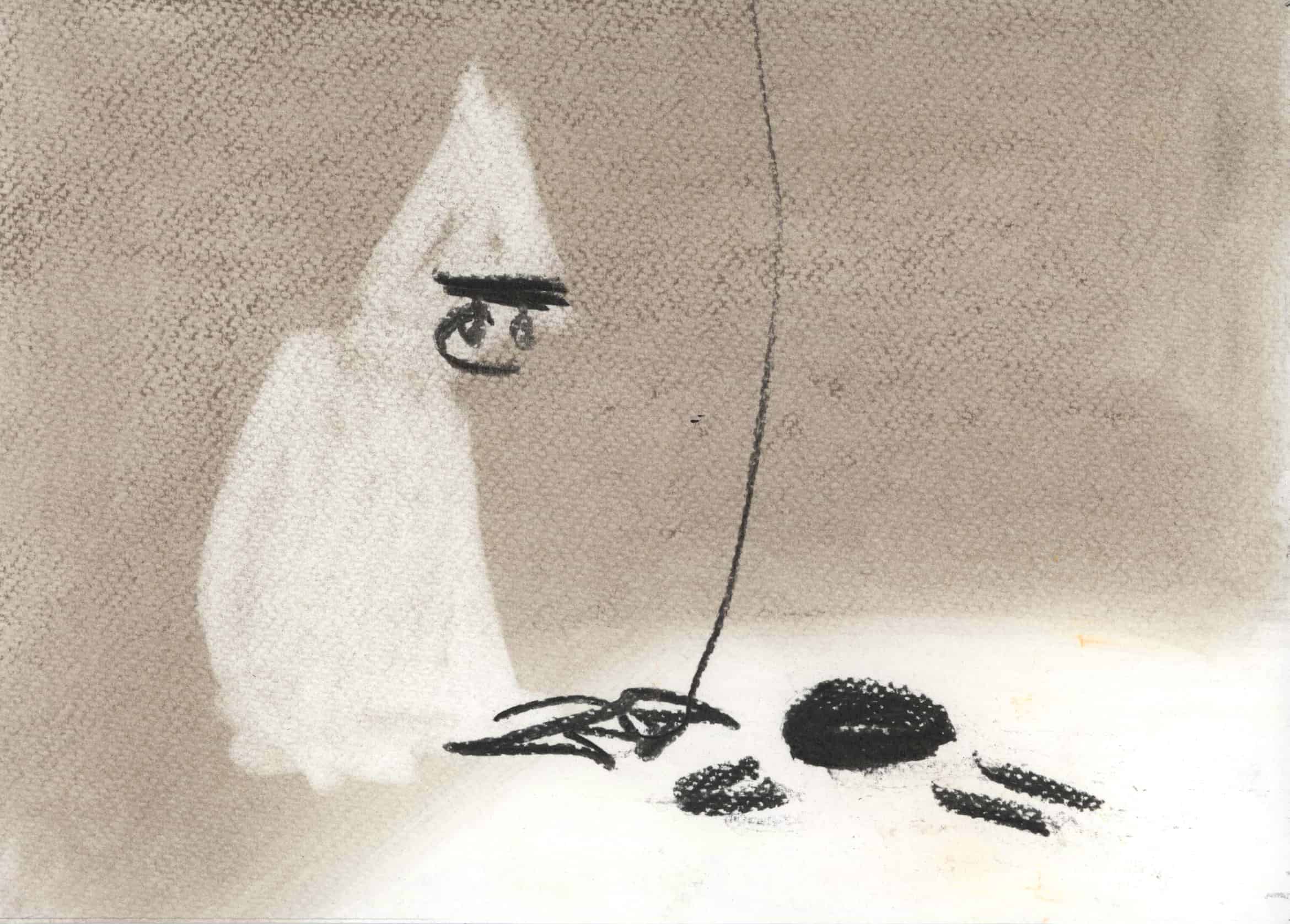 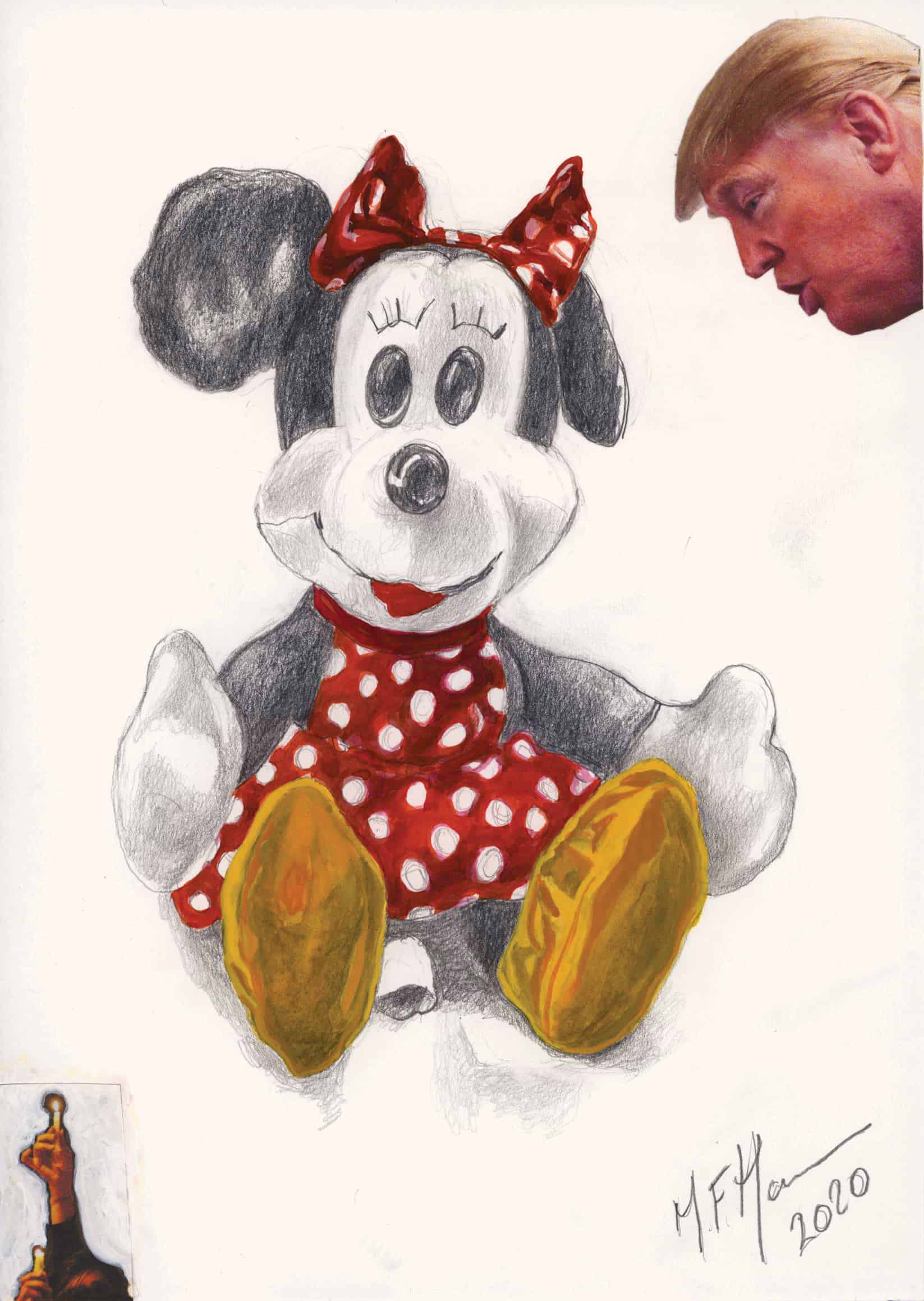