‘Bob and Roberta Smith’ is the pseudonym used by conceptual artist Patrick Brill. As well as sign painting, Brill makes sculptures in cement, co-founded and performs music with The Ken Ardley Playboys, and hosts the radio show Make Your Own Damn Music on Resonance fm. 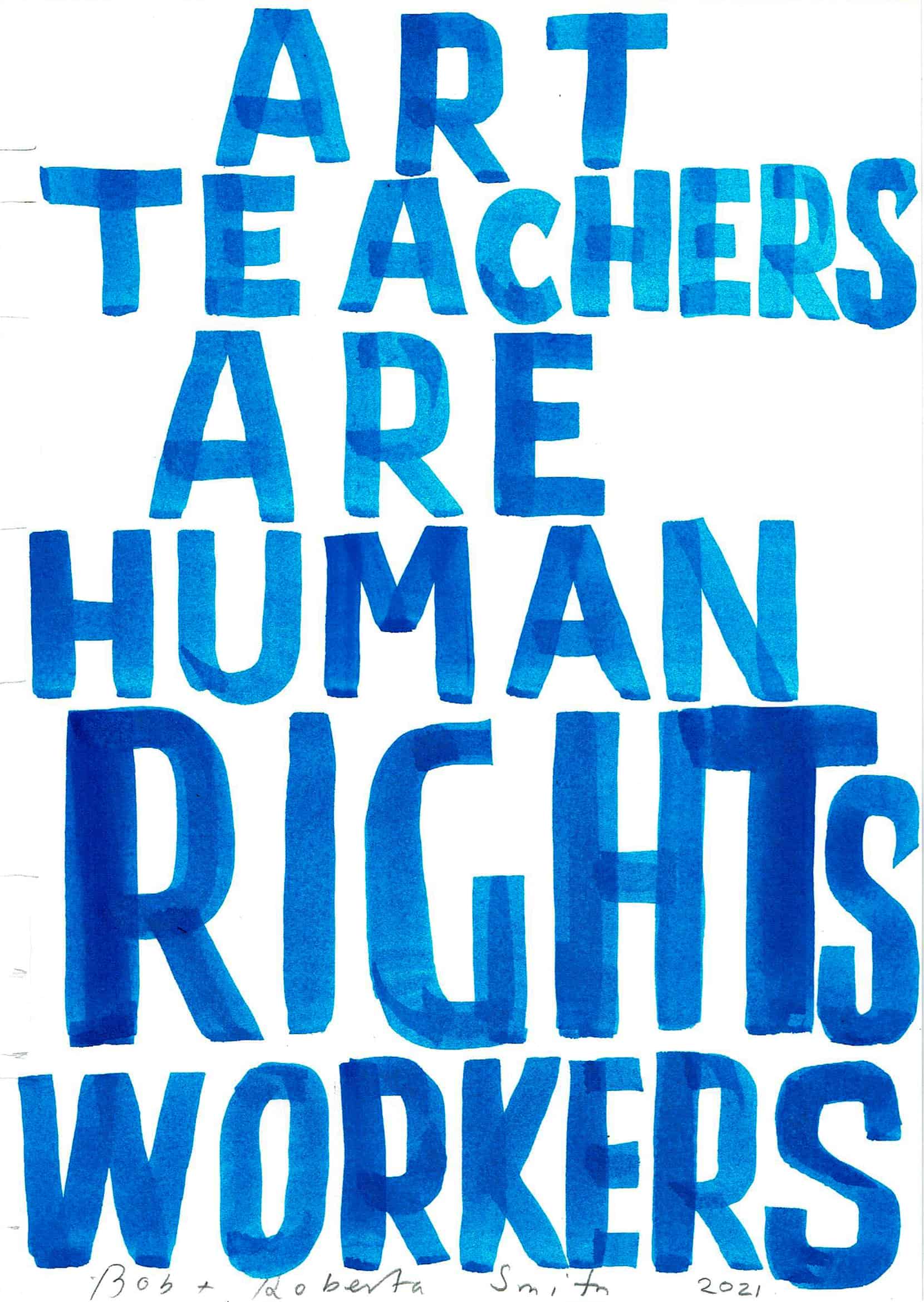