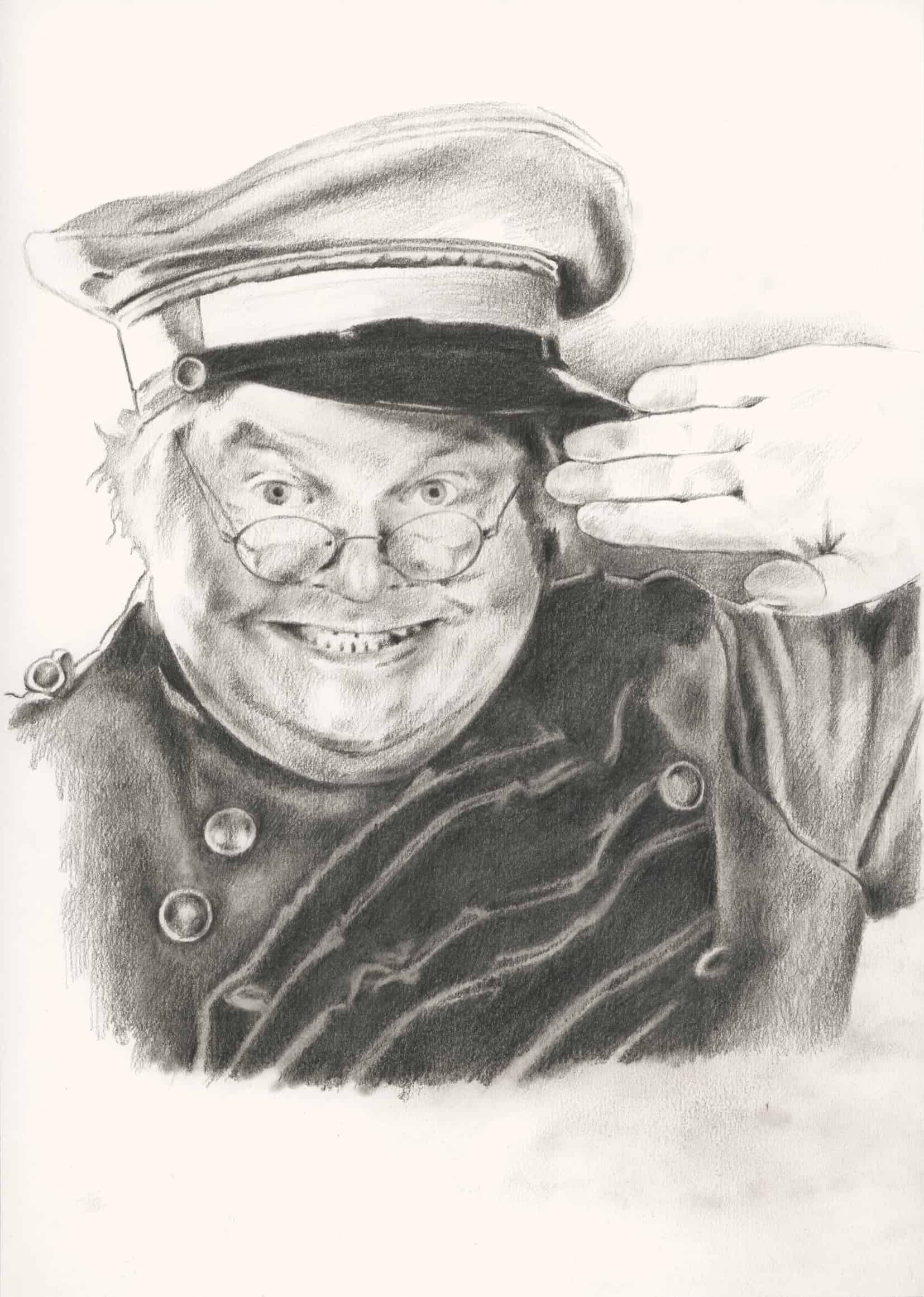 I’m not the only one this year to have noticed the similarity between the British Prime Minister and the comedian Benny Hill’s character, Fred Tuttle. Sadly, it’s not just a similarity of appearances. The repetitive farce that passes for British politics makes satire redundant. It would be funny if people weren’t dying… the lunatics have taken over the asylum.

Shaw bases his detailed paintings on photographs of the proletarian suburbs, often taken by the artist himself and his family, or published in local magazines. His suburban landscapes, showing town halls, rows of garages, faded parks or playgrounds, are the result of a meticulous application of Humbrol enamel on wood, a process that results in attractive, brilliant, and highly detailed images.

Awards include nomination for a South Bank Sky Arts Awards (2017), and the Turner Prize (2011). Residencies include Associate Artist at the National Gallery, London (2014-16). 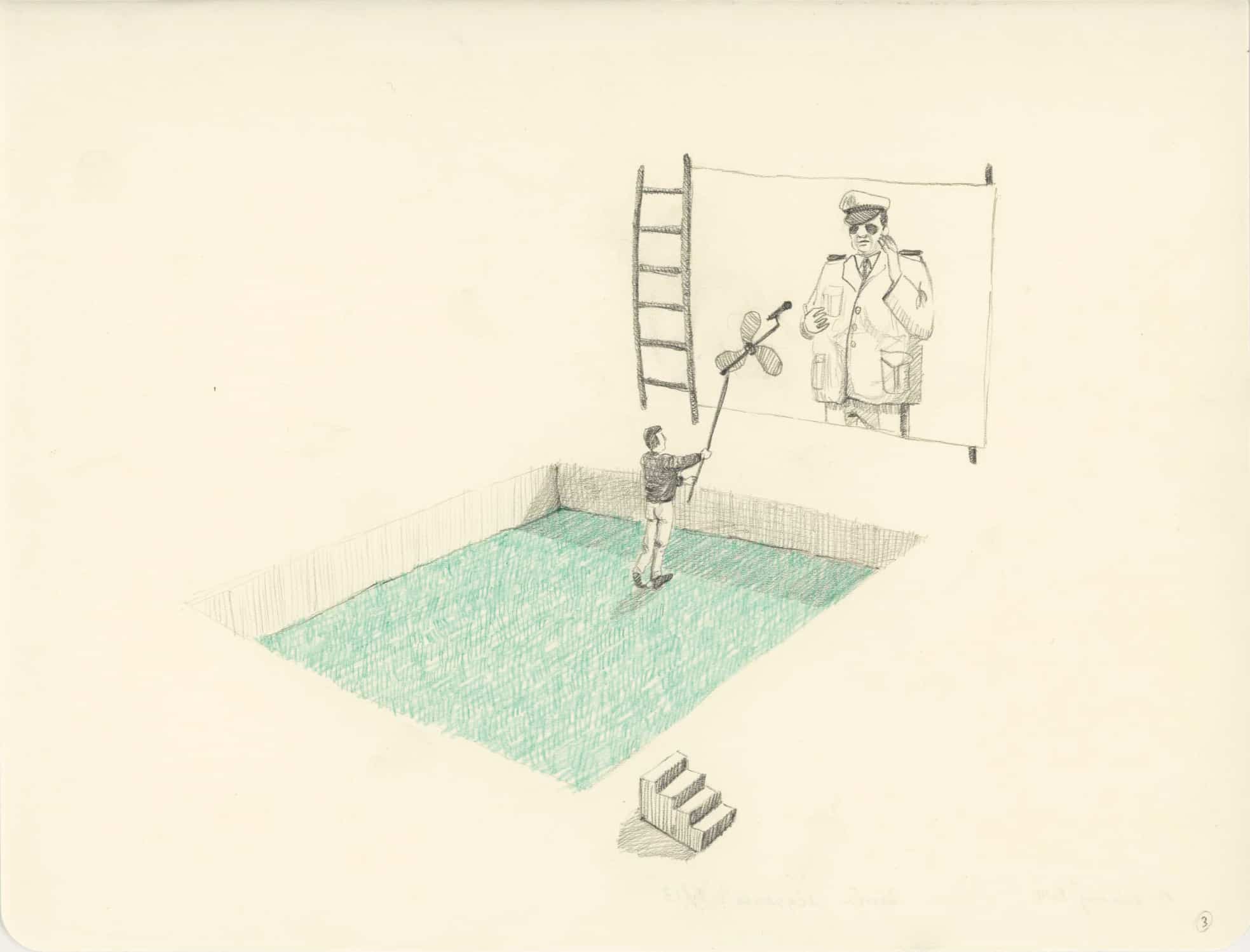 ‘Pretextes’ (Drawing 3/13 from the animation) 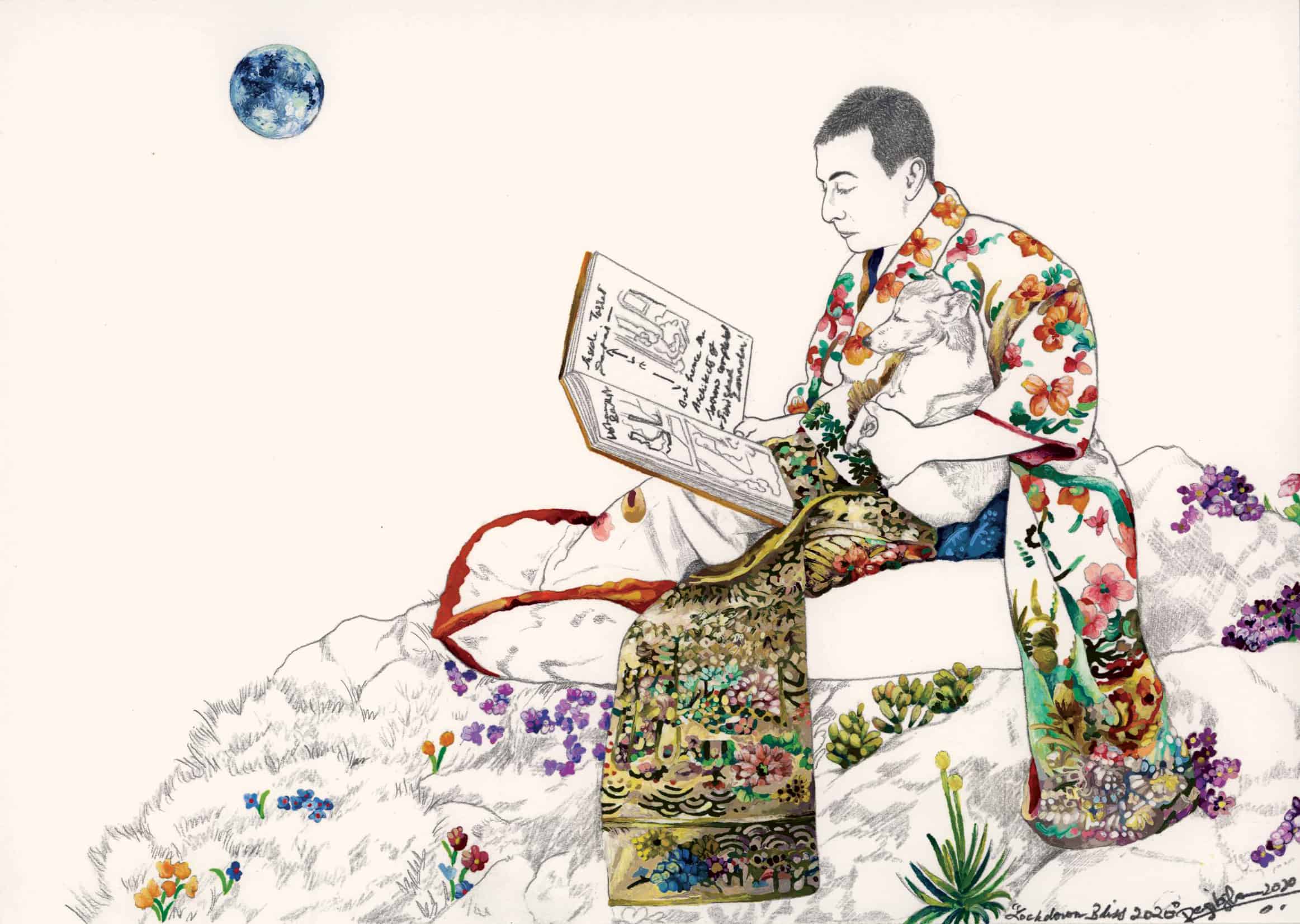