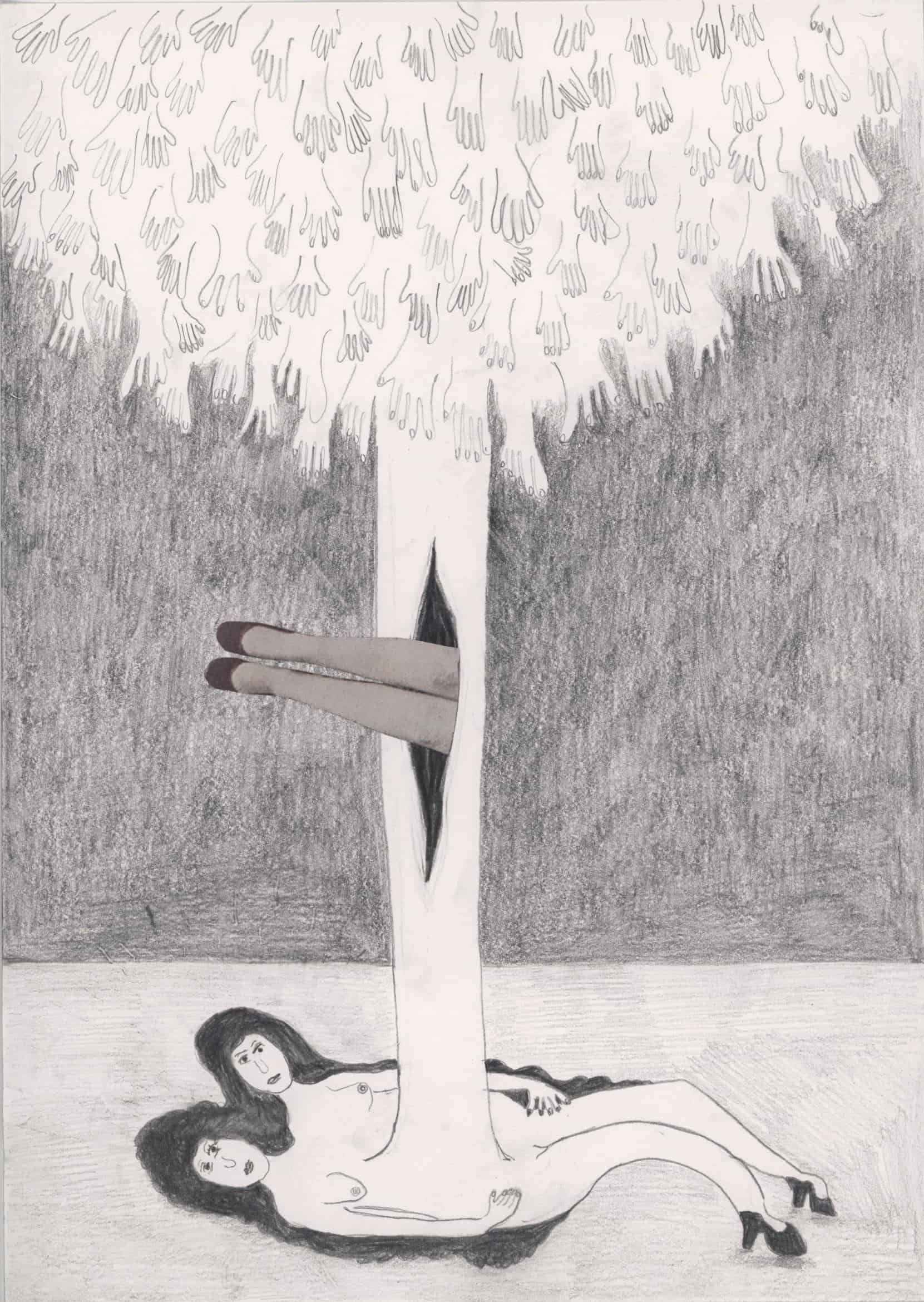 This is one of many drawings I made while developing the script for a film (Quarantaine) in 2019. There’s a key scene in the film where the two female leads pass through a tree portal – arborium ostium, meaning ‘enter the tree’.

Starr is a British artist best known for her video, sound and performance artworks, exhibited widely in galleries and museums both in the UK and internationally. 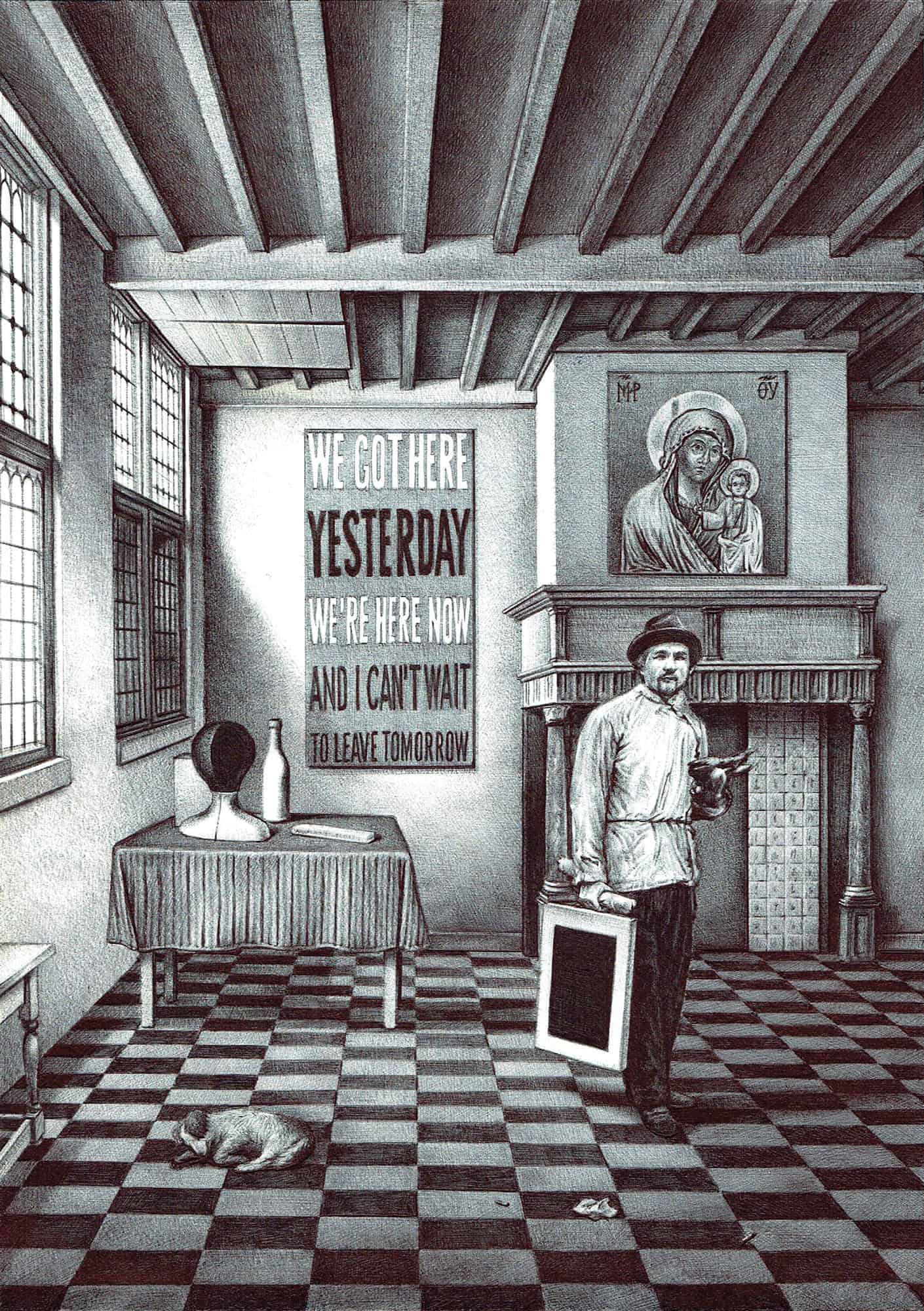 Nothing going on up top 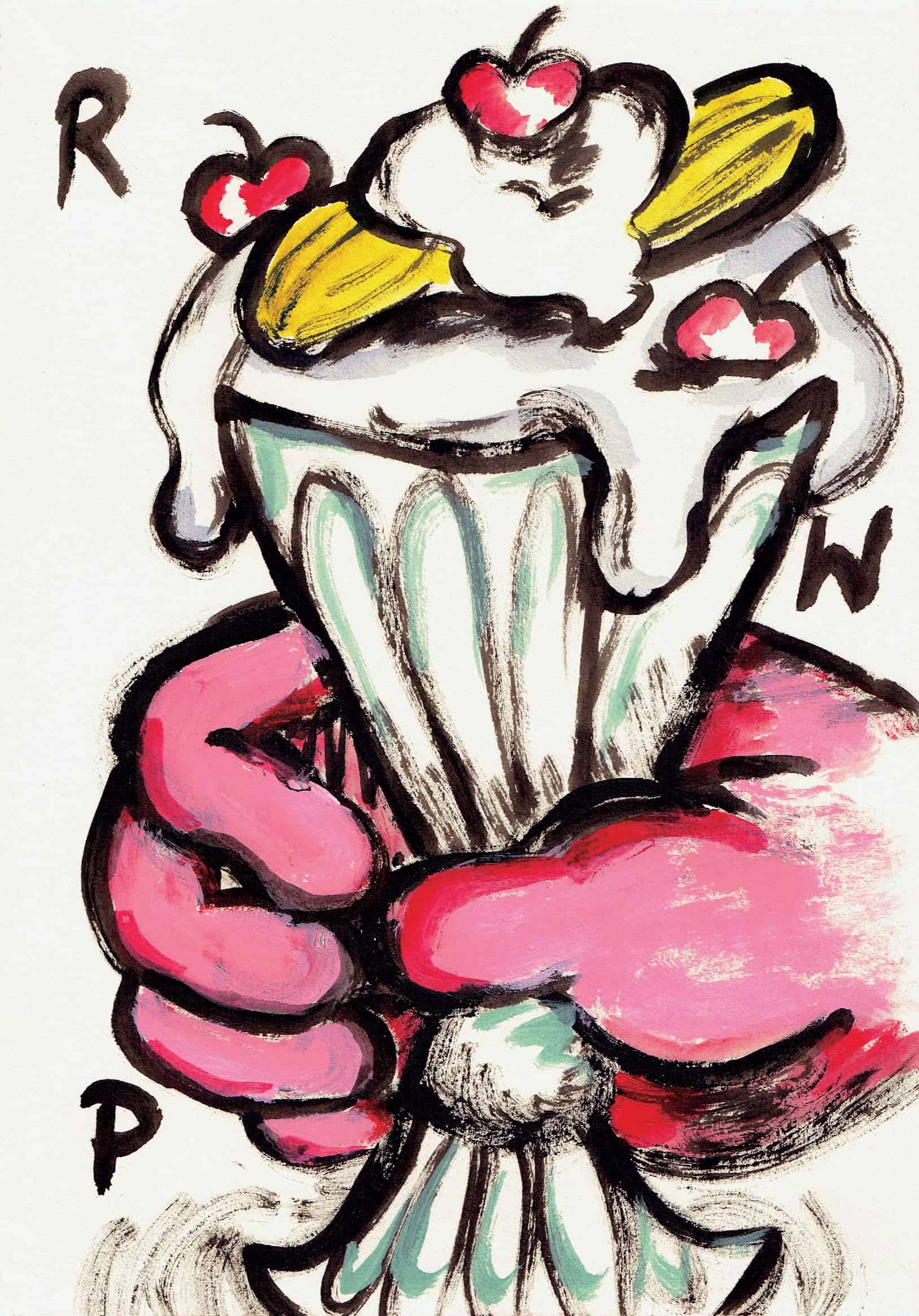