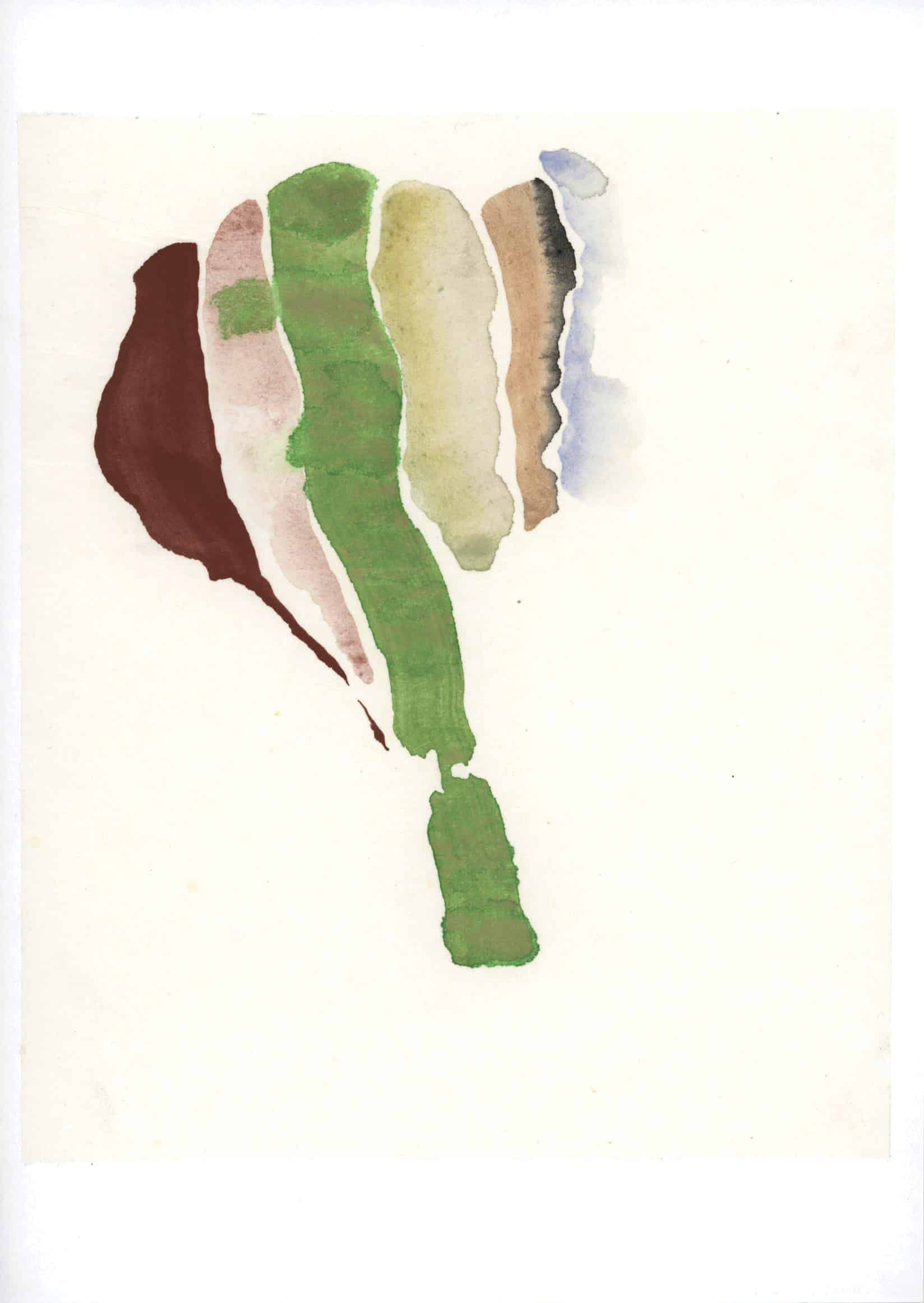 The watercolour is one of a series referencing the painting by Artemisia Gentileschi, Allegory of painting 1638, painted whilst she was living in London.

As a reference, Artemisia had used the standard handbook of the time, Iconlogia by Cesare Ripa who wrote that painting should be depicted as:

'a beautiful woman, with full black hair, dishevelled, and twisted in various ways, with arched eyebrows that show imaginative thought, the mouth covered with a cloth tied behind her ears, with a chain of gold at her throat from which hangs a mask, and has written in front 'imitation'’.

Artemisia boldly eliminated the diminishing detail of a gagged mouth and instead made a self-portrait revealing a strong independent woman, artist and survivor, an embodiment of painting and one that could not be silenced.

Recognised as a painter, Bustin’s practice spans a decade of single works in painting and ceramic as well as installation, text, film and performance. She uses multiple materials and her work is based around the poetic language of painting, modernist literature, feminism and extending the links between craft, concept and movement.

Bustin’s work is held in public and private collections including  The Victoria and Albert Collection, London; Ferens Art Gallery and Museum, Hull; and Goldman Sachs, London. 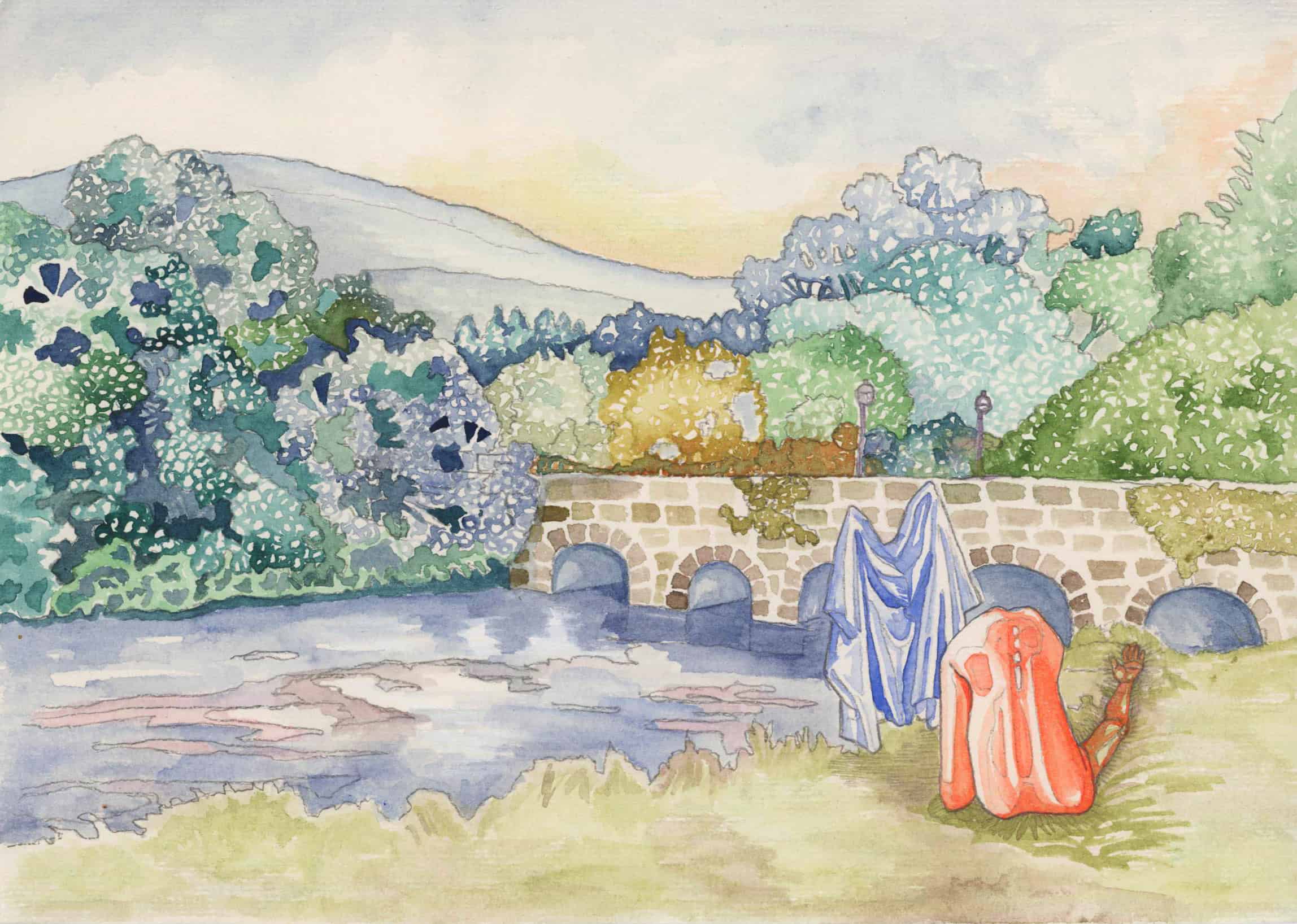 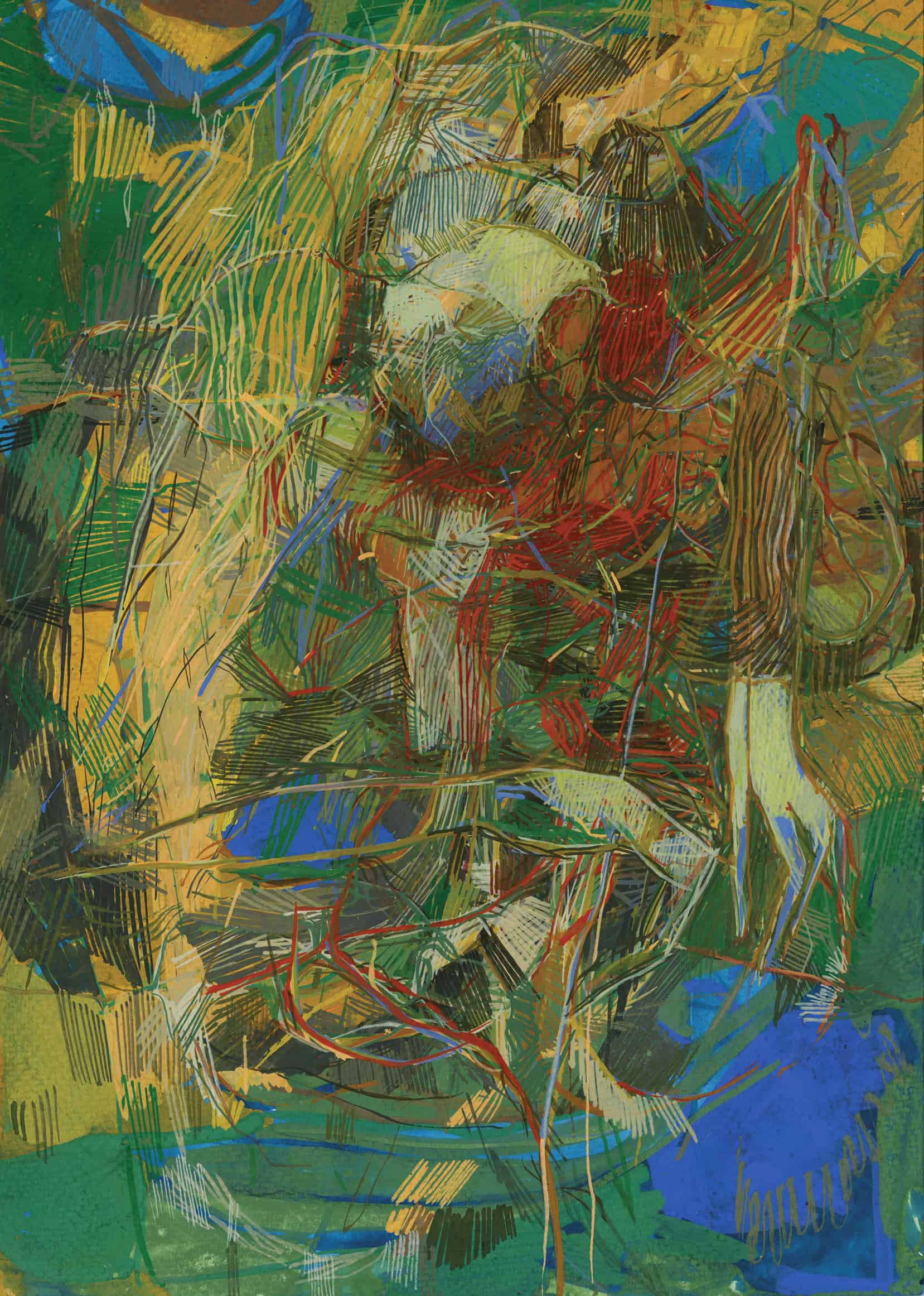