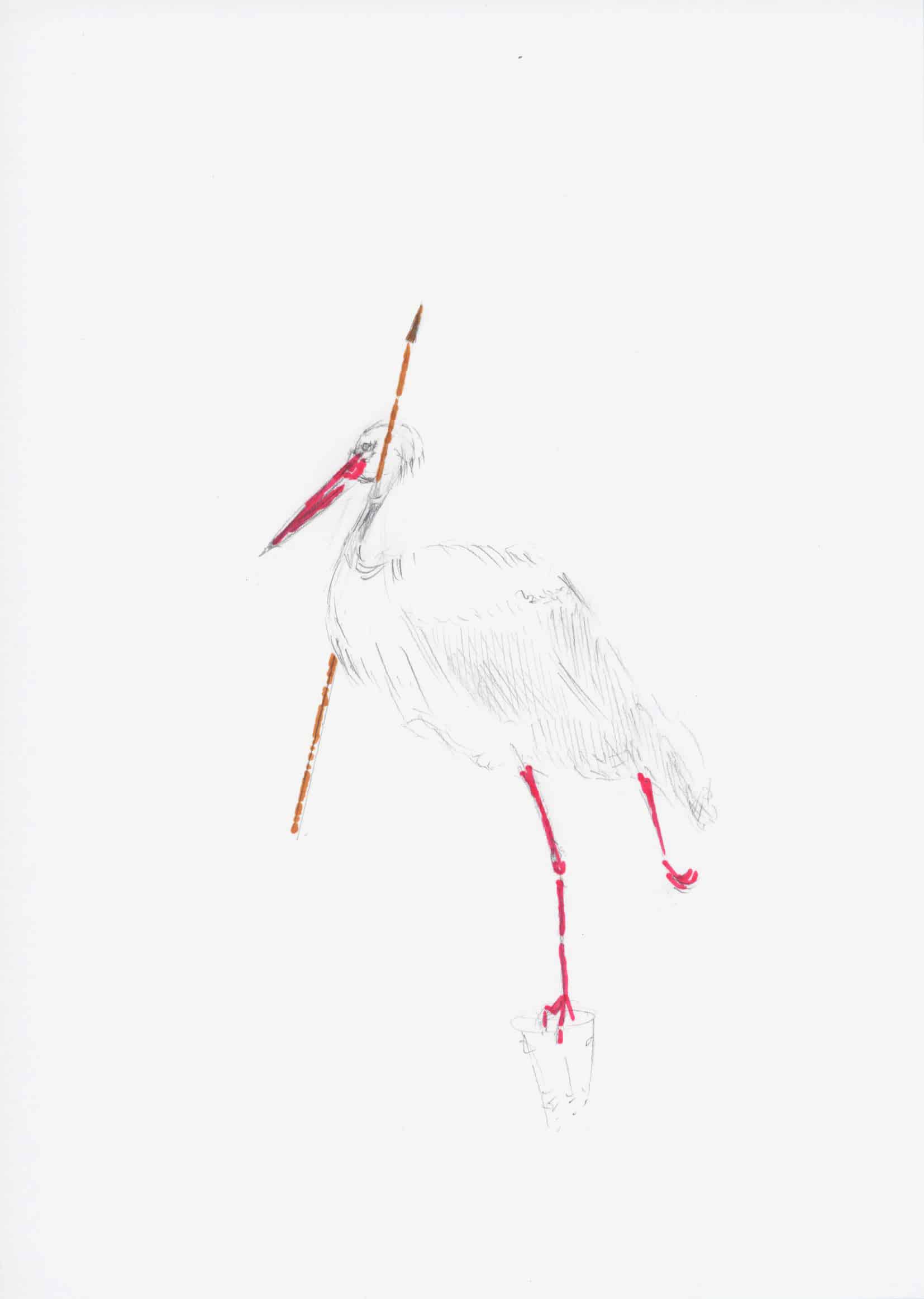 The Arrow Stork: In 1822 a hunter near Mecklenburg, Germany, shot down a stork with an 80 cm long Central African spear made of black wood impaled in its neck. When scientists realised the spear was from Africa, it provided the first concrete evidence for long-distance bird migration and the survival instinct of the Stork.

Born 1977 London, Jessie Flood-Paddock lives and works in London. Graduated from The London School at the Art Institute of Chicago (1999); the Slade School of Fine Art (2000); and MA Royal College of Art (2005).

“Being diagnosed with Multiple Sclerosis has forced me to re-assess what is truly important to articulate in my work and has limited my ability to continue making large-scale sculpture. It is therefore the perfect point in my career to undertake a drawing for Drawing Room. I have some experience of wall painting (e.g., Just Loom in Japanese Sumi inks, shown in Marfa, US) that demonstrates I can transition to 2D, but nonetheless it is a substantial change that requires a sustained period of experimentation, risk taking and personal development.

I plan to make drawings in ink on Perspex in future artworks. My new approach to making will be flexible to ensure that what I produce is timely and that my personal expression is depersonalised. By incorporating intriguing imagery, the content will hint at the lack of certainty and sense of waiting that pervades the global community now.” 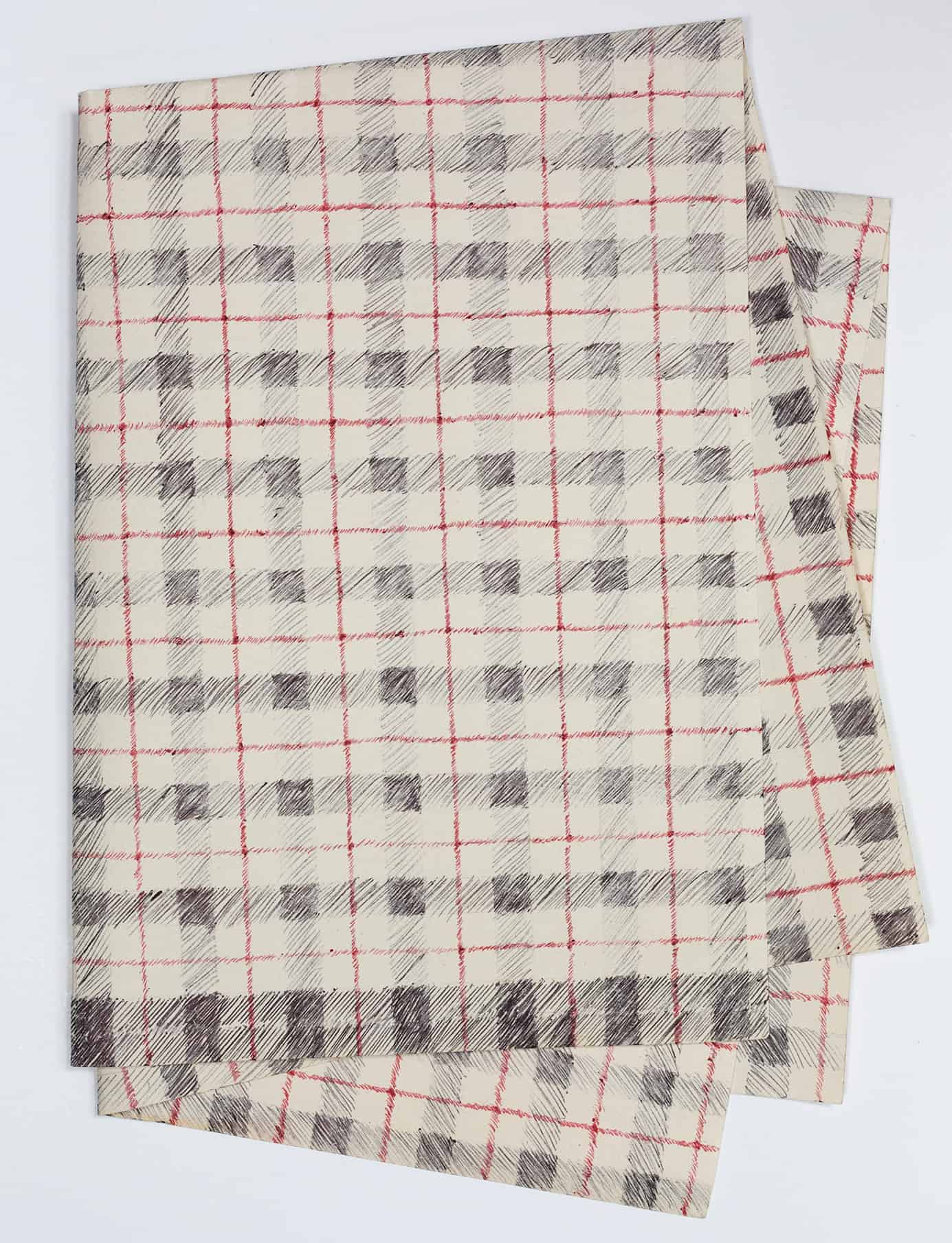 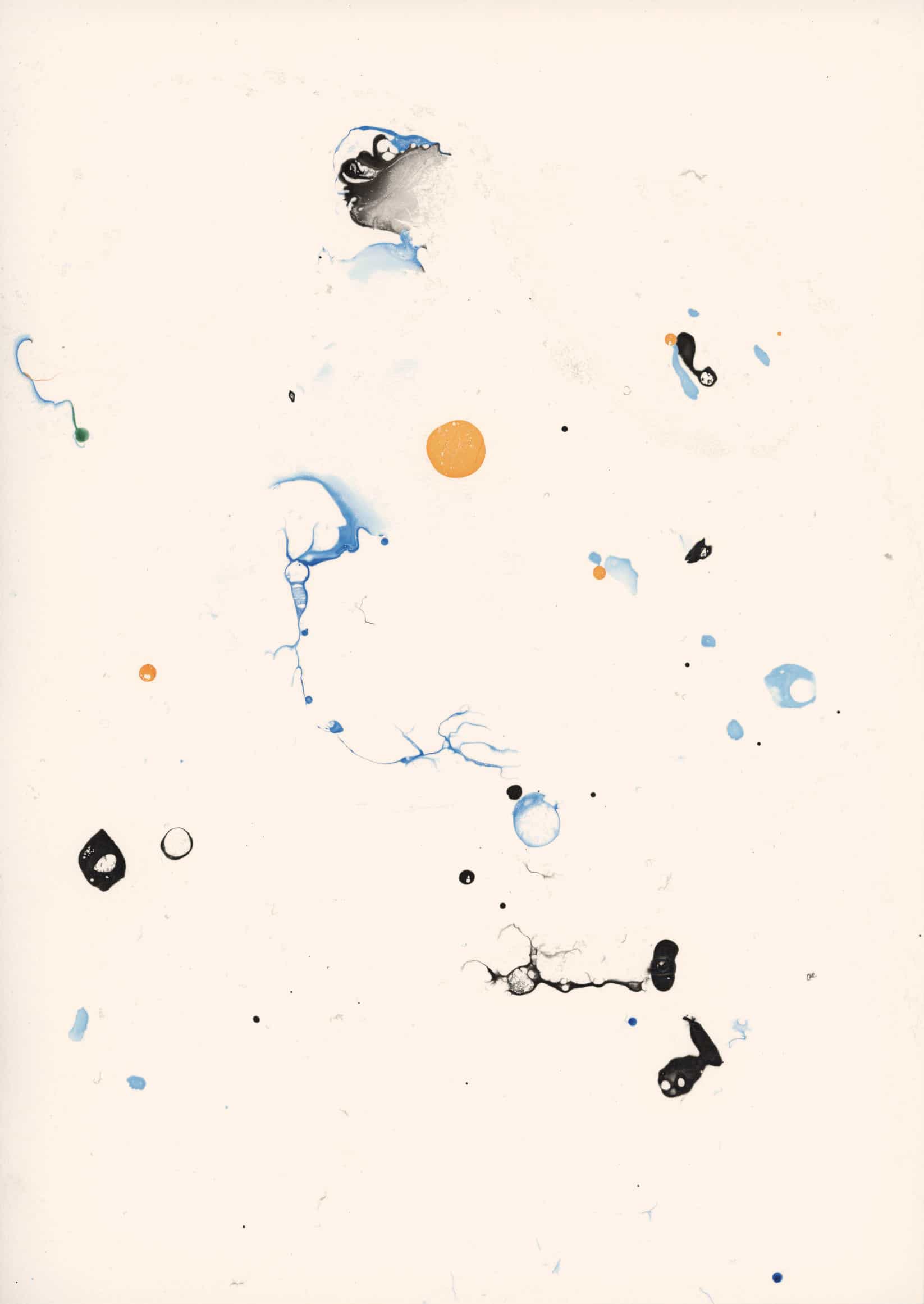