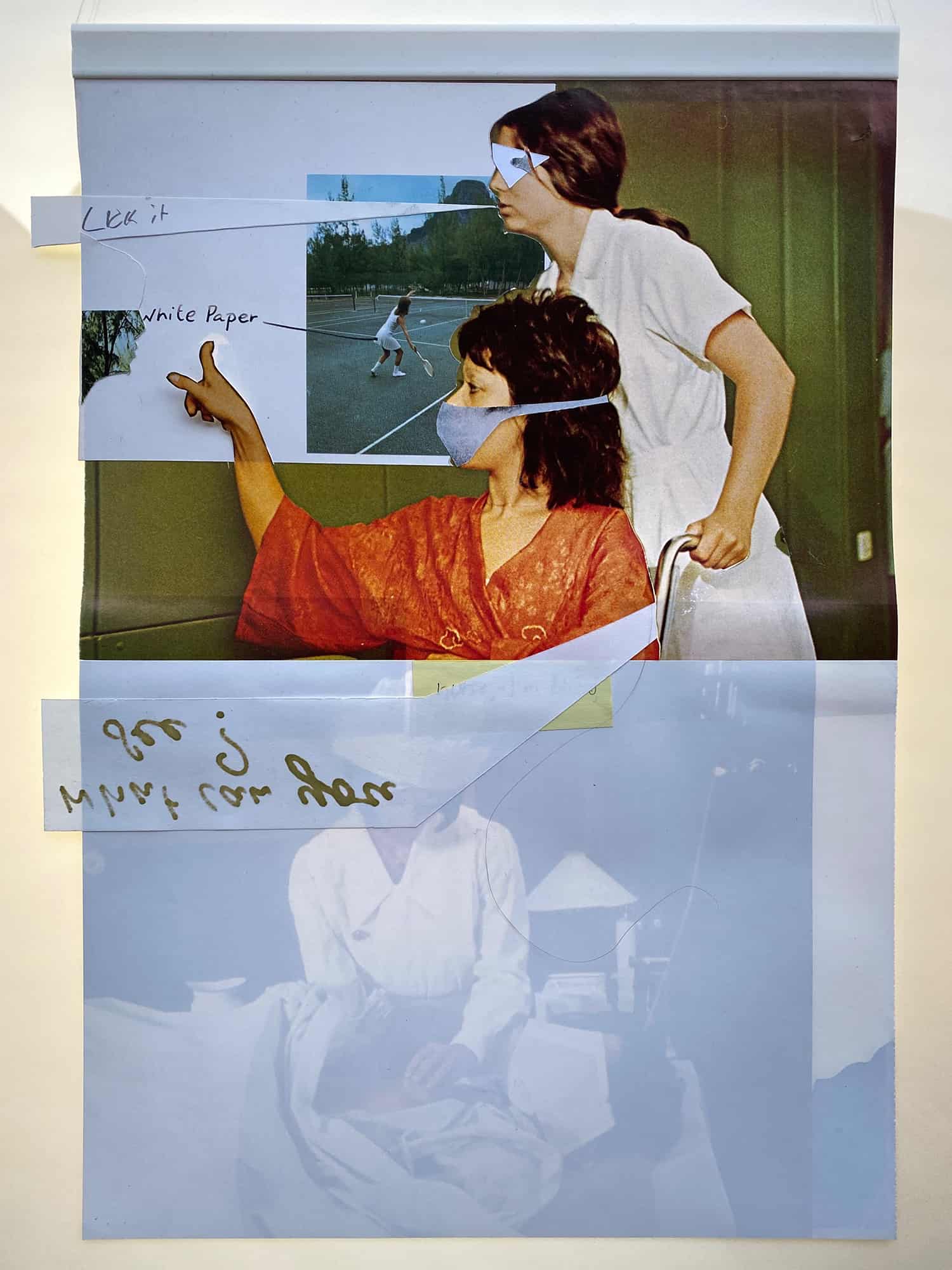 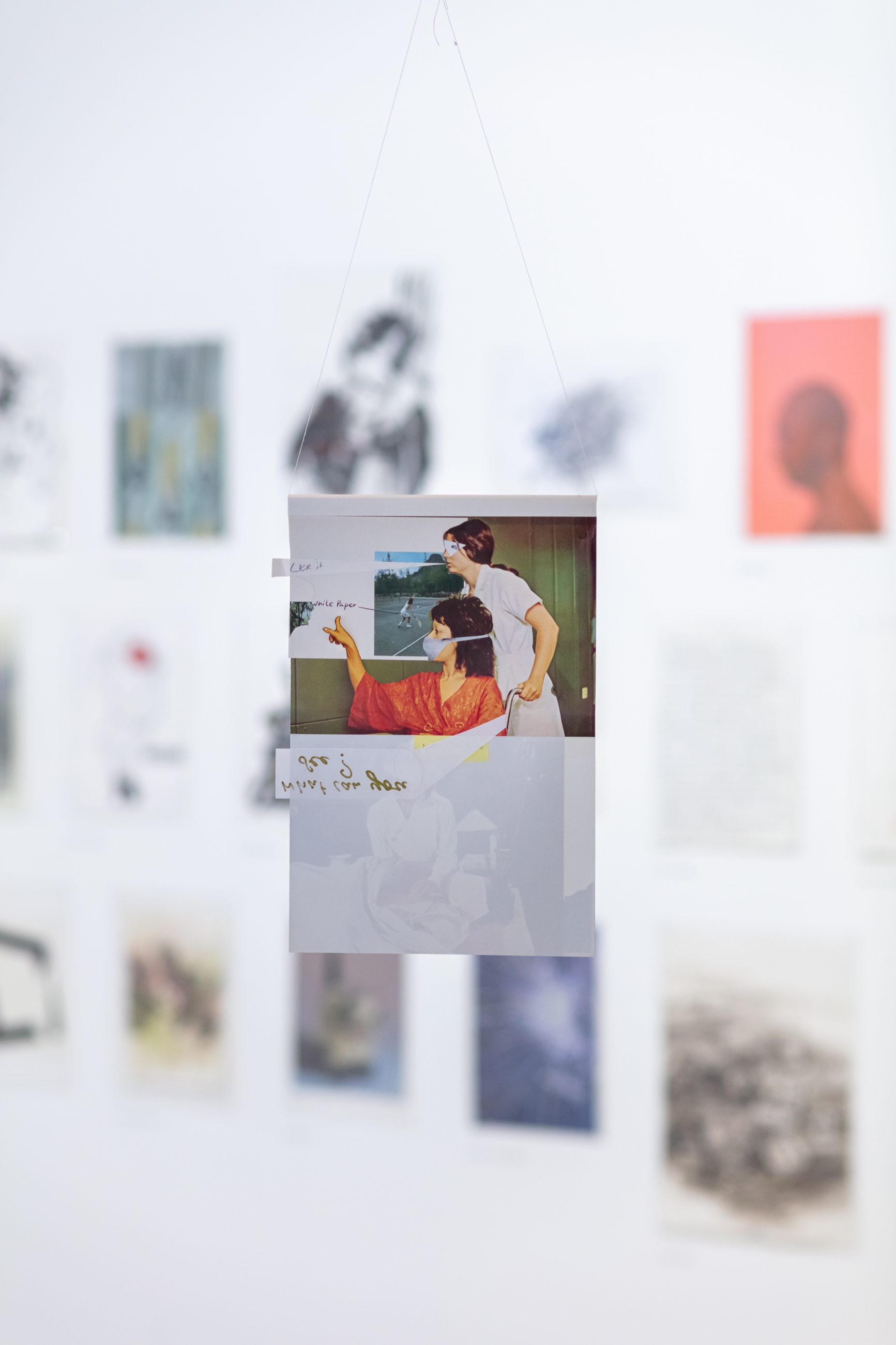 I was playing around with the idea of the three masks within the piece, and how they affect the senses differently. One masks the eyes, one the mouth and nose (like we have all been wearing), and one the whole face. It is an ambiguous circuit of desire (usually, being ambiguous to the right degree keeps the impulse in my work moving), but the nurse pushing the patient is blinded by her mask and it is as if she has heard the tennis game outside and asked the patient what she can see. The patient in the wheelchair, points, unseen by the nurse, to the white skirted bottom of the woman playing tennis and says “White paper”, which is what that area of the printed page used to form that part of the collage quite literally is. There is a drawn line between the words “white paper’ and the tennis player’s bottom, which it touches. The nurse then says “Lick it”. The patient’s mouth is masked, so we know that if she attempts to lick anything, she will lick the inside of her mask, which is quite like white paper. The sensation of this invisible act is then transferred, within the collage, to the bottom of the nurse herself. Her white skirt has a bite of darkness pressed into it. The words “What can you see?” issue from that bump, initiating the whole cycle of desire and sensation, again.

Of course, it is absurd that a blindfolded nurse should be pushing a sighted patient in a wheelchair, in the first place.

The full-face mask, shown on the verso side, shows the patient and the nurse at an earlier point, perhaps, when the patient was lying down and being prepared for a medical procedure, with her whole face under a larger mask. The nurse stands in attendance, looking at her with unmasked eyes.

That the collage as whole, hangs in space, at approximately the height of a human face, presenting a recto and a verso side is an important aspect of the piece. Masks do that too.

All the little ephemeral details are important. The pointing hand of the patient is supposed to lift up, away from the rest of the collage, to create a bit of shadow. The hair that passes from one side of the collage to the other is part of the work, obviously. It is all quite fragile, but it is as it is meant to be.

Lighting is important too – because the image on the reverse of the side that one is looking at, becomes visible if there is light shining on it from behind. But there is no “correct” way of lighting the piece. It should turn in the air currents that surround it, and change its aspect anyway.

When I start making a new series of drawings/collages, I first cut all the pages from a chosen “host” book. I begin by drawing on each one, but that often transforms into a collage triggered by the drawing, as is the case with page 159 of MRS.GILLRAY. The title of each series comes from the title of the host book itself. In this case that book is Mr. Gillray, a biography of James Gillray, the maker of satirical drawings.

His works are held in public and private collections including Arts Council England.

Awards and residencies include the CCA Kitakyushu Artists Residency (2014); and winner of the Whitechapel Young Artists Award (1988). 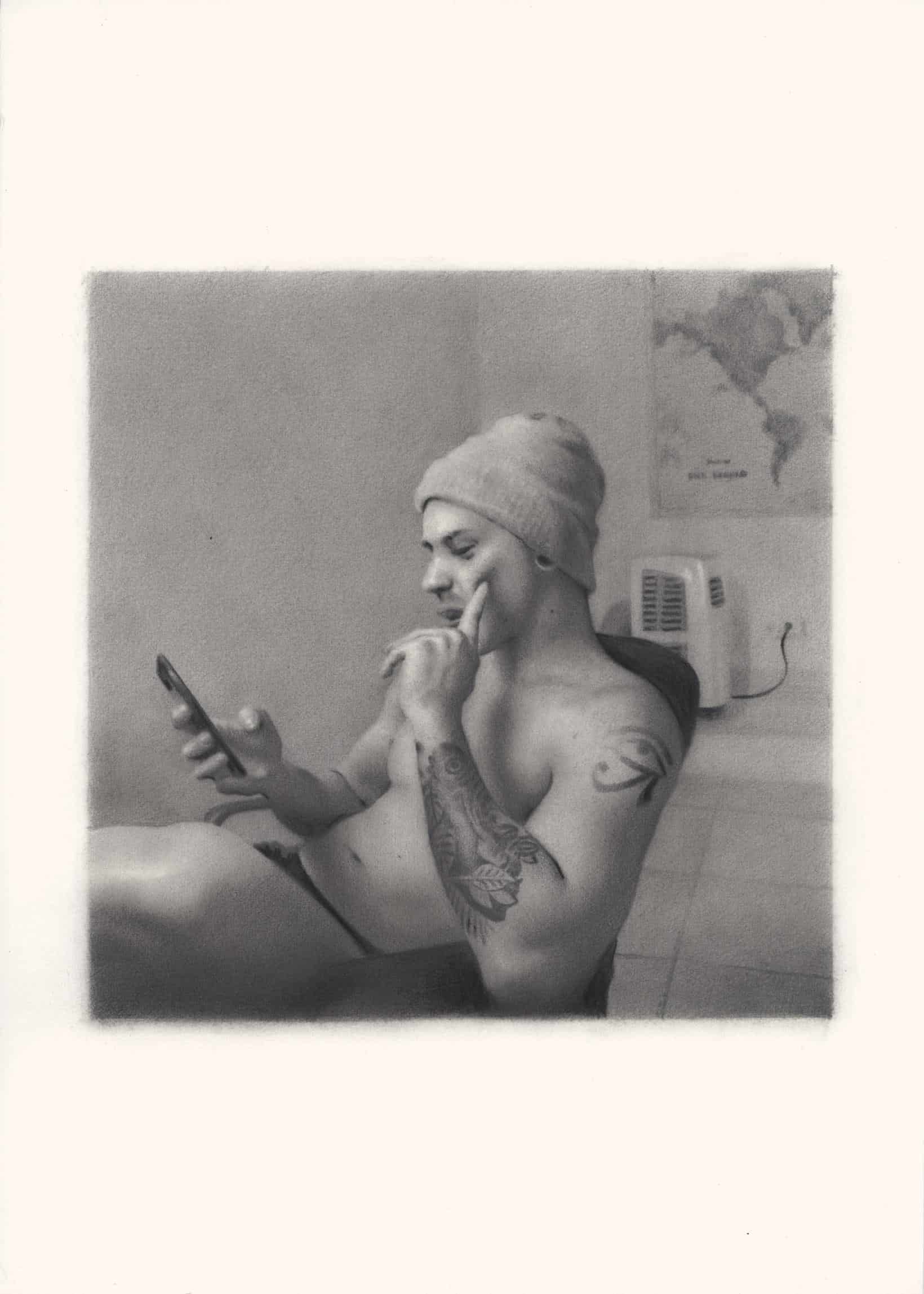 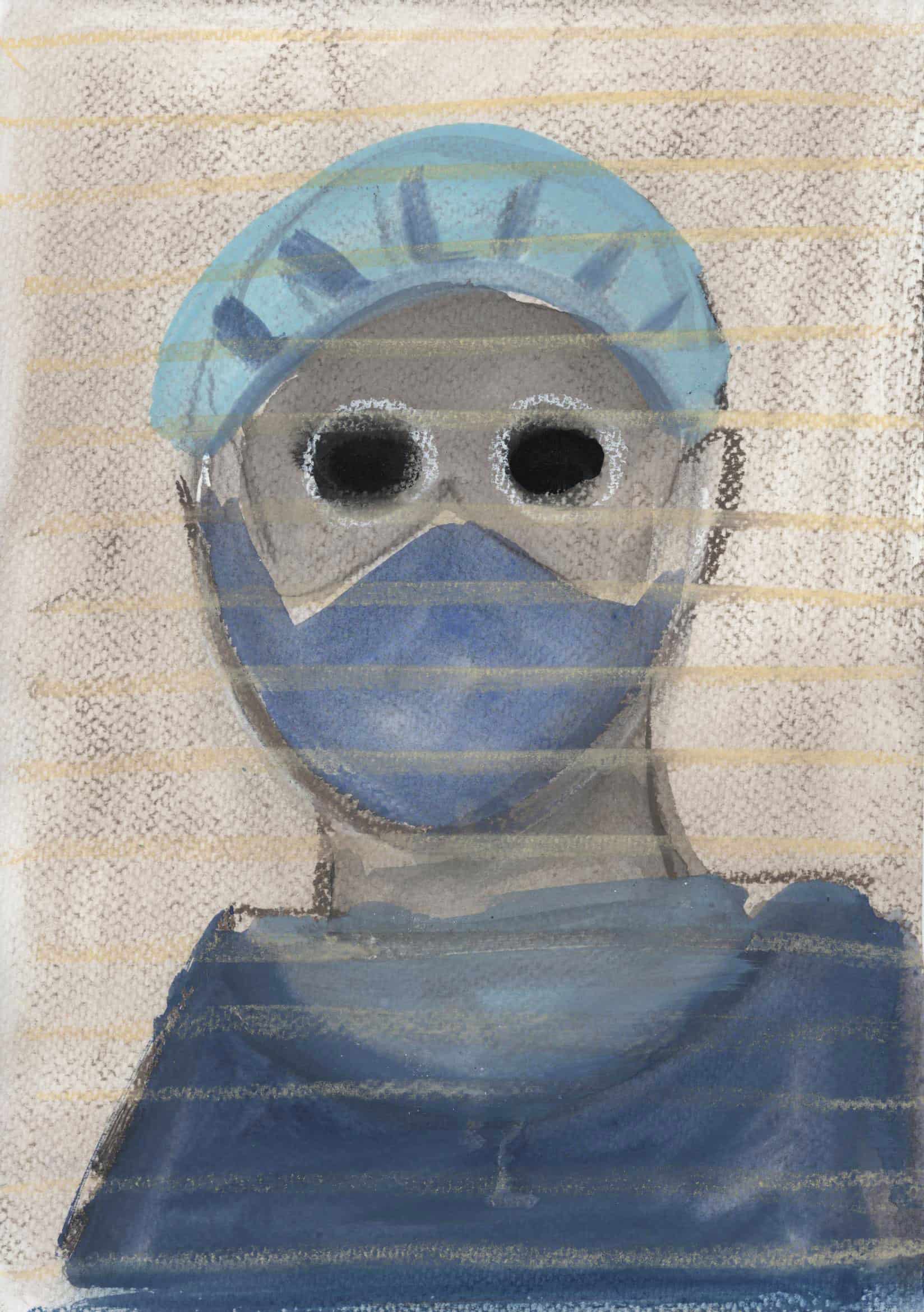