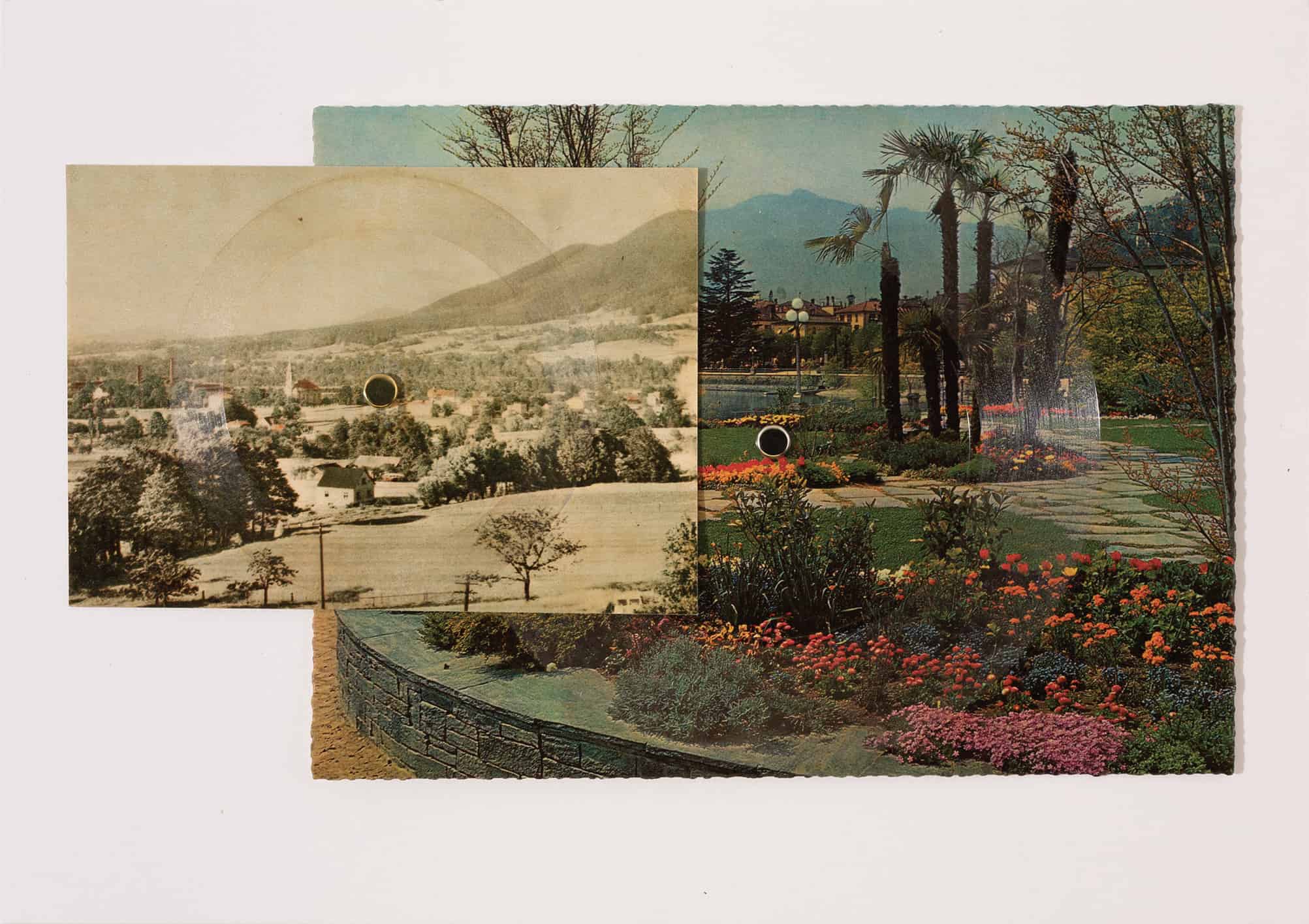 The work is a collage of two flexi-discs, also often called “singing postcards” – effectively regular picture postcards with music pressed onto them as a vinyl record. These flexi-discs have an interesting political history and significance, particularly relating to Cold War Poland where they were called “Pocztówki Dźwiękowe”, or sound postcards. During this period of time, when suspicion against ‘Western’ pop and rock music was prevalent across many countries on the east side of the iron curtain, flexi-discs were a means to hide the music on top of a postcard and sneak it past the censors.

These two postcards are the Beatles’ Yellow Submarine on top of Ramon Cabrera’s Cha-Cha-Cha. The two cards form a continuous horizon across two distinct landscapes just as the two songs might form a sonic intersection if their sounds were overlaid.

Manchot employs photography, film, video and sound to form a sustained enquiry into how we form ideas about our individual and collective identities. Performance-to-camera, reconstruction and participation as well as location-based research are recurring methodologies. One ongoing concern is her engagement with mountainous landscapes as significant topographies to reflect upon our place in the world. Moving image works, both single screen and multi-channel installations, operate on the cross section of documentary and staged events to investigate how fact, fiction, narrative and observation offer strategies for speaking about our shifting place in an increasingly mediated world.

Awards include being shortlisted for the Jarman Award (2017). 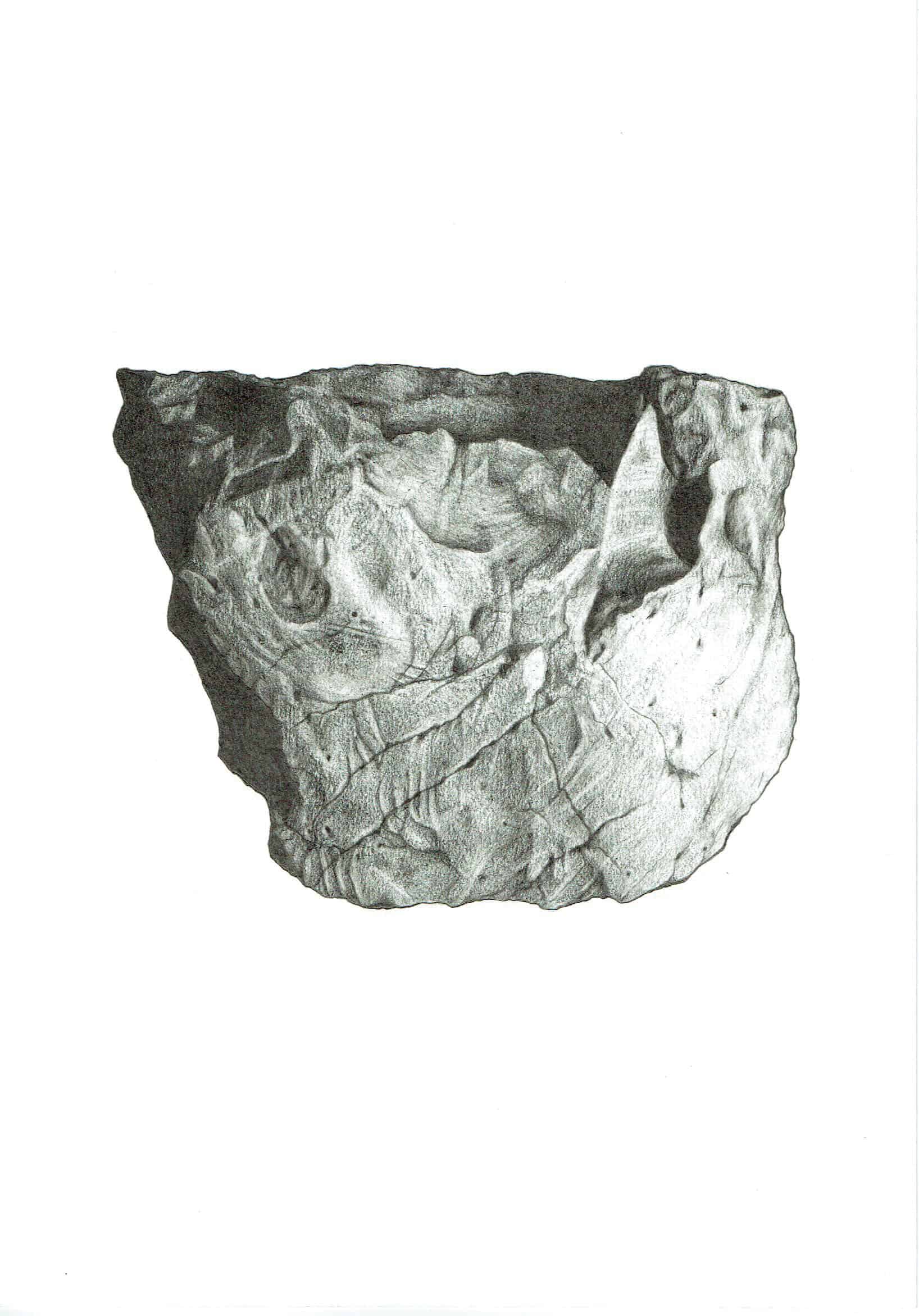