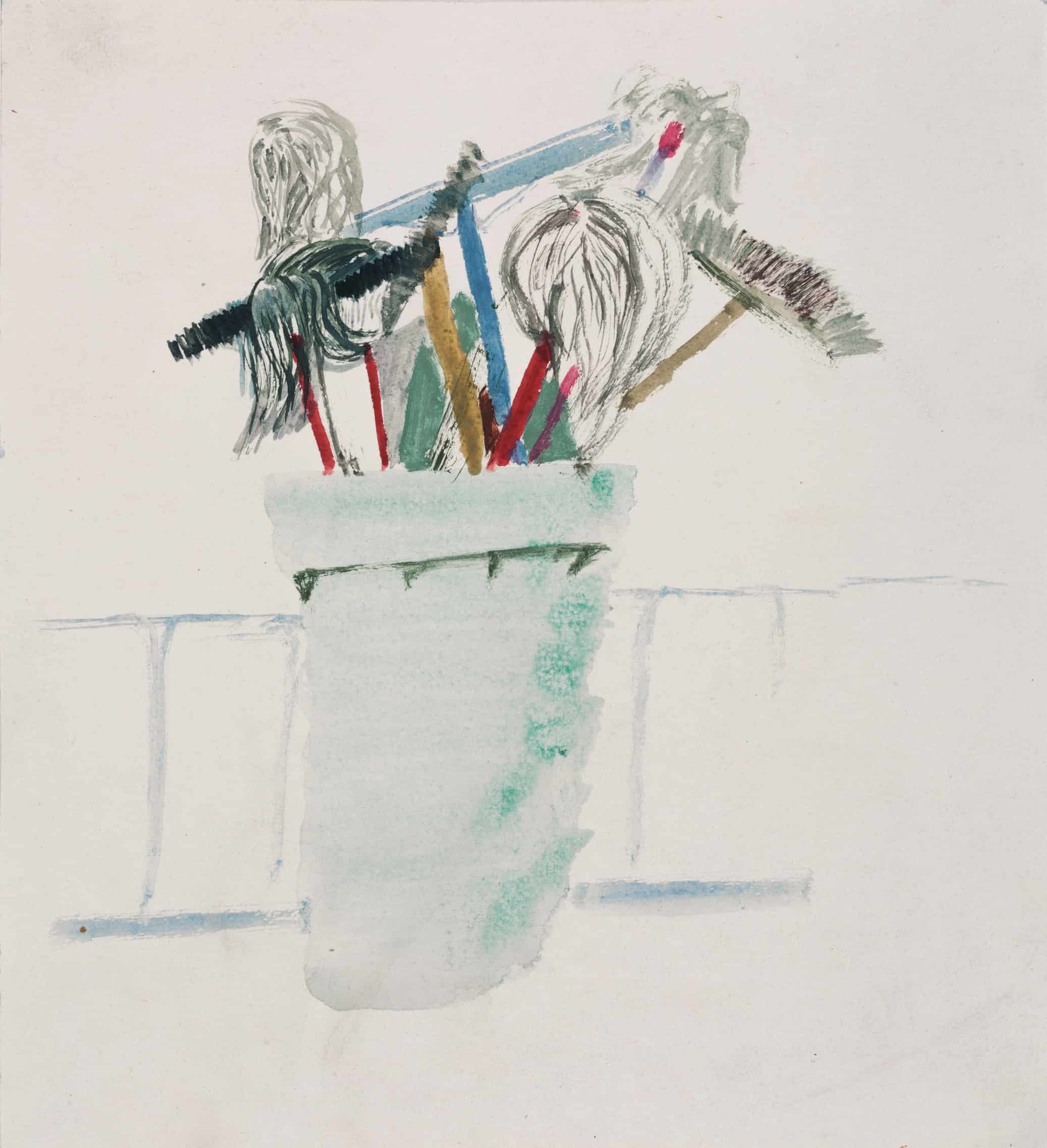 Last year, just before the first lock down, I spent two weeks on board the Cielo Di Gaeta, a 183 metre tanker sailing through the Adriatic. I walked the ship recording sounds, taking photos and making watercolours. An assortment of brooms, brushes and squeegees lashed together in a bin, holding each other for comfort, caught my eye. Life on board the Cielo seemed to be an inexhaustible battle against decay. Seawater corrodes these vessels with amazing speed, and it was the job of the crew onboard to use these implements to stave off entropy, to do daily battle with the natural elements.

Goss layers personal and collective history on the canvas through scenes of confident accretion and erasure, constructing and reconstructing phenomena that never had physical form. His paintings clearly summon the space of dreams, where time, space and identity slip, but the sense of a journey propels artist and viewer forward. Goss has been the subject of four solo exhibitions at Josh Lilley, along with multiple solo shows at Simon Preston, New York, and Contemporary Fine Arts, Berlin. His first institutional survey, Morley’s Mirror at Pallant House, Chichester was accompanied by a catalogue co-published with Koenig Books, London. 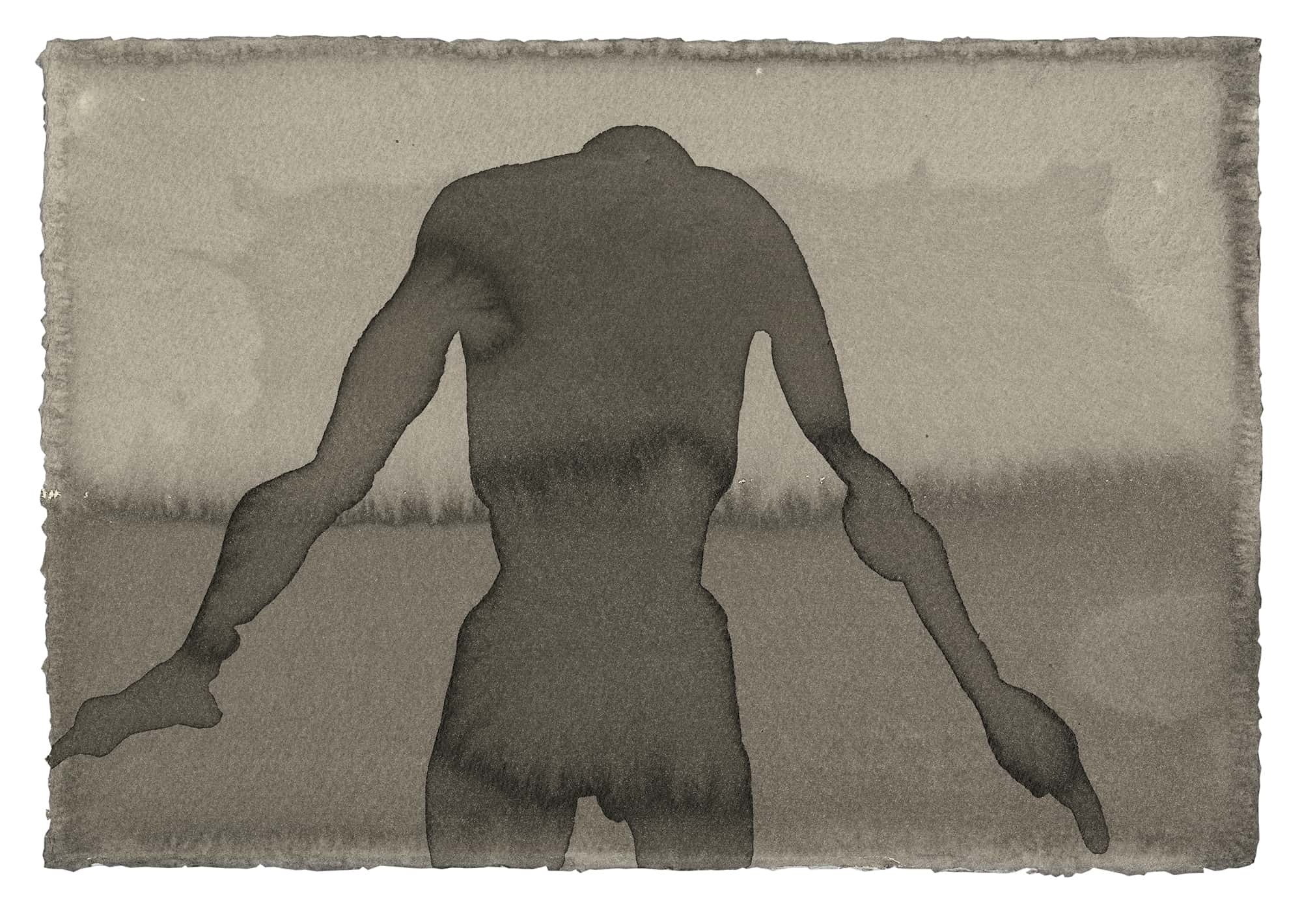 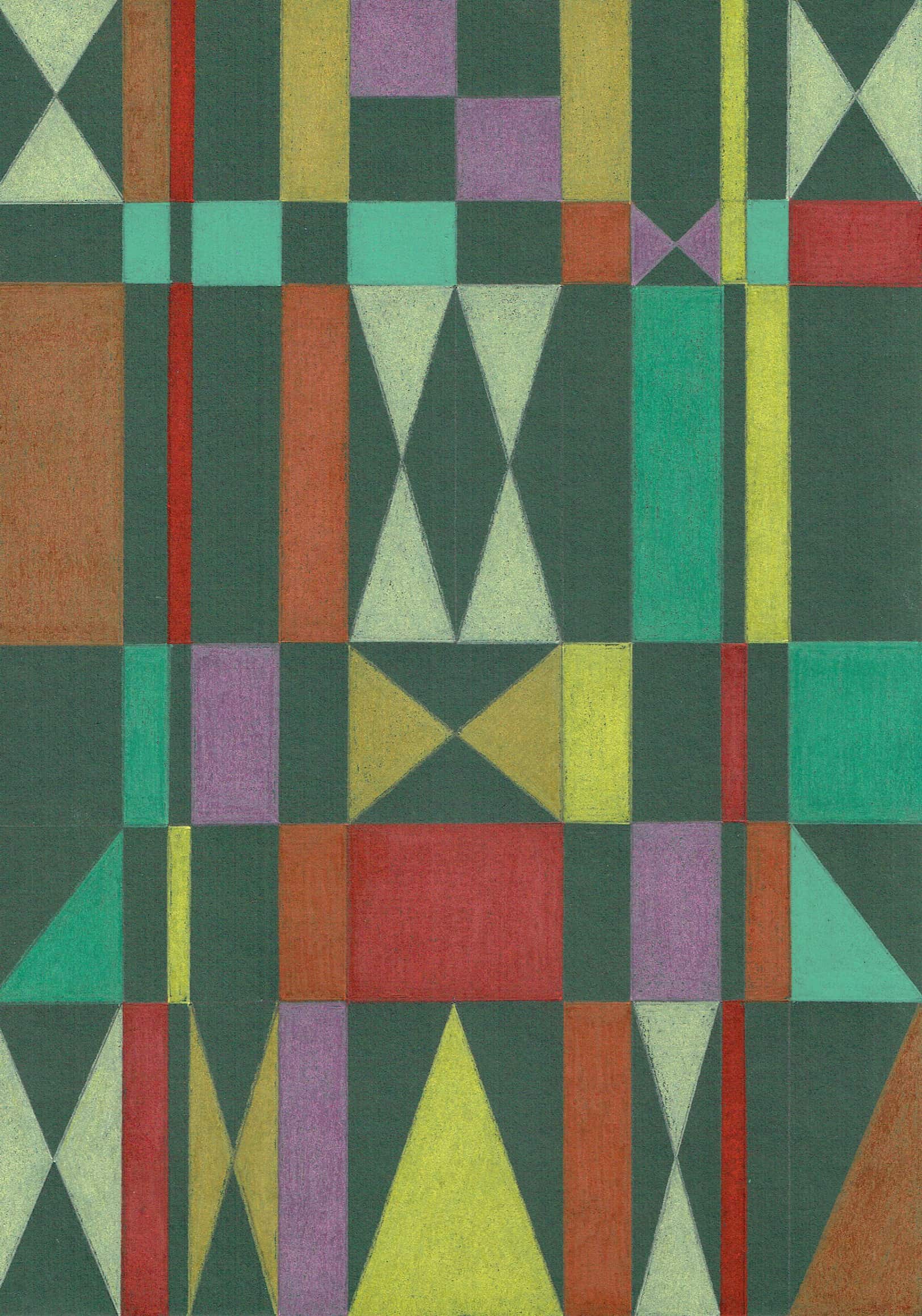