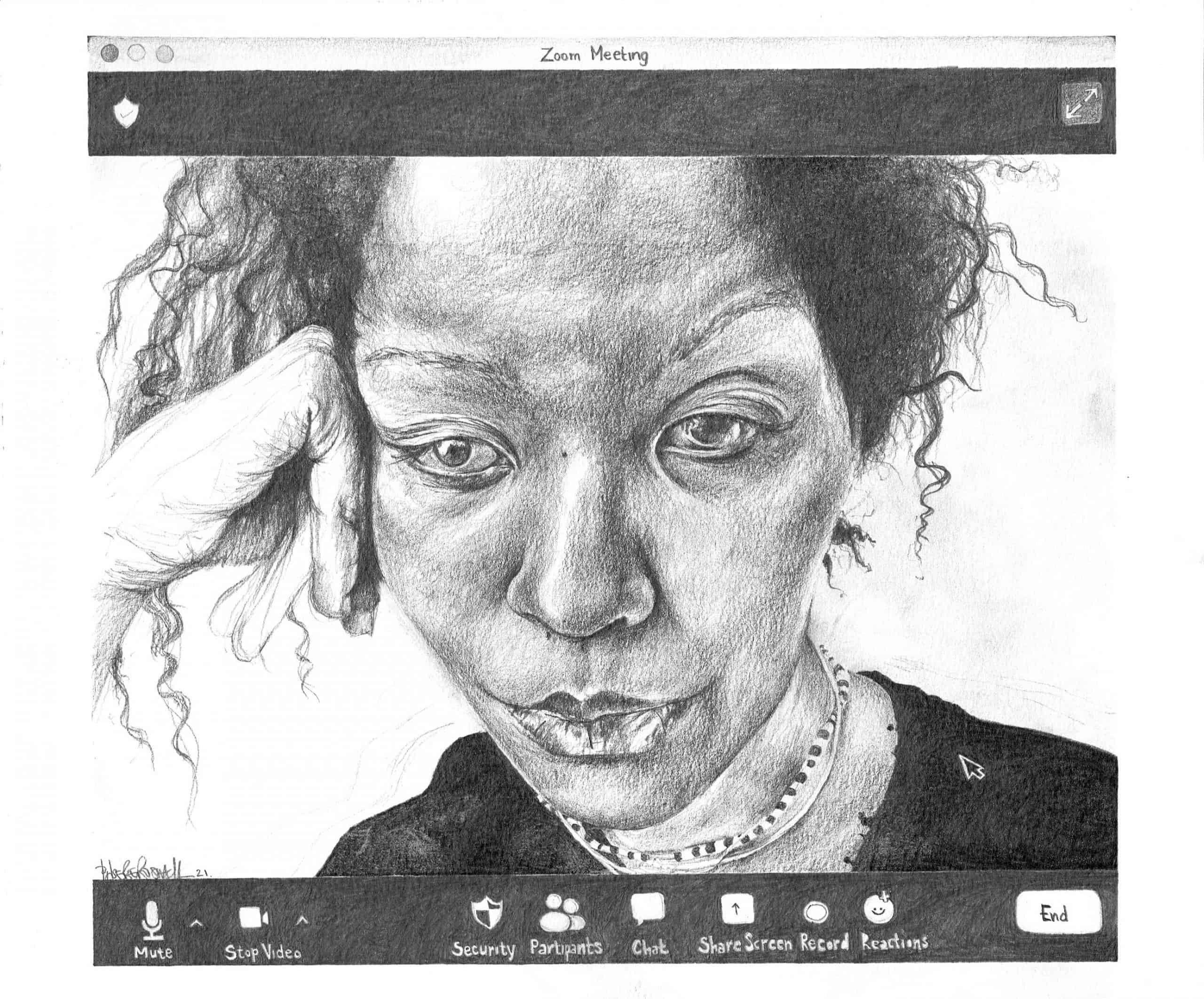 The Call is one of the first in what extended into a capsule of drawings created between December 2020 and April 2021, while Phoebe Boswell was sequestered during the UK’s third government-mandated national lockdown. Using drawing as a way to pass the time, sense herself, and process the year we have had, the personal and the everyday transformed from diaristic snapshots of Boswell’s life in lockdown: self-portraits drawn via the digital interfaces we have been using to stay connected; screenshots and memes captured as if mid-scroll; solitary scenes of long, empty corridors, wilted flowers, and numerous drawings of the same sky seen from Boswell’s apartment window. In The Call, drawn from life (if we can call the now over-familiar Zoom screen ‘life’), Boswell wanted to accentuate the intermingled feelings of fatigue, dread, grief, fear, horror, and languishing numbness that we have all been growing accustomed to, extending the themes of portraiture, technology, grief, memory, identity and resilience that her wider practice has long explored.

Born 1982 Kenya, Phoebe Boswell lives and works in London. Graduated from Painting at the Slade School of Art (2005); and 2D Animation at Central St Martins (2009).

Boswell makes work anchored to a restless state of diasporic consciousness. Combining draftswomanship and digital technology, she creates immersive installations and bodies of work which layer drawing, animation, sound, video, and interactivity in an effort to find new languages robust yet open and multifaceted enough to house, centre, and amplify voices and histories which, like her own, are often systemically marginalised or sidelined as ‘other’.

Her works are held in public and private collections including the UK Government Art Collection and The Studio Museum, New York.

Awards include a Paul Hamlyn Foundation Award for Artists (2019); the Bridget Riley Drawing Fellow at the British School at Rome (2018-19); and Future Generation Art Prize, Special Prize as part of the Collateral Events programme at the 57th Venice Biennale (2017). Boswell is a Ford Foundation Fellow. 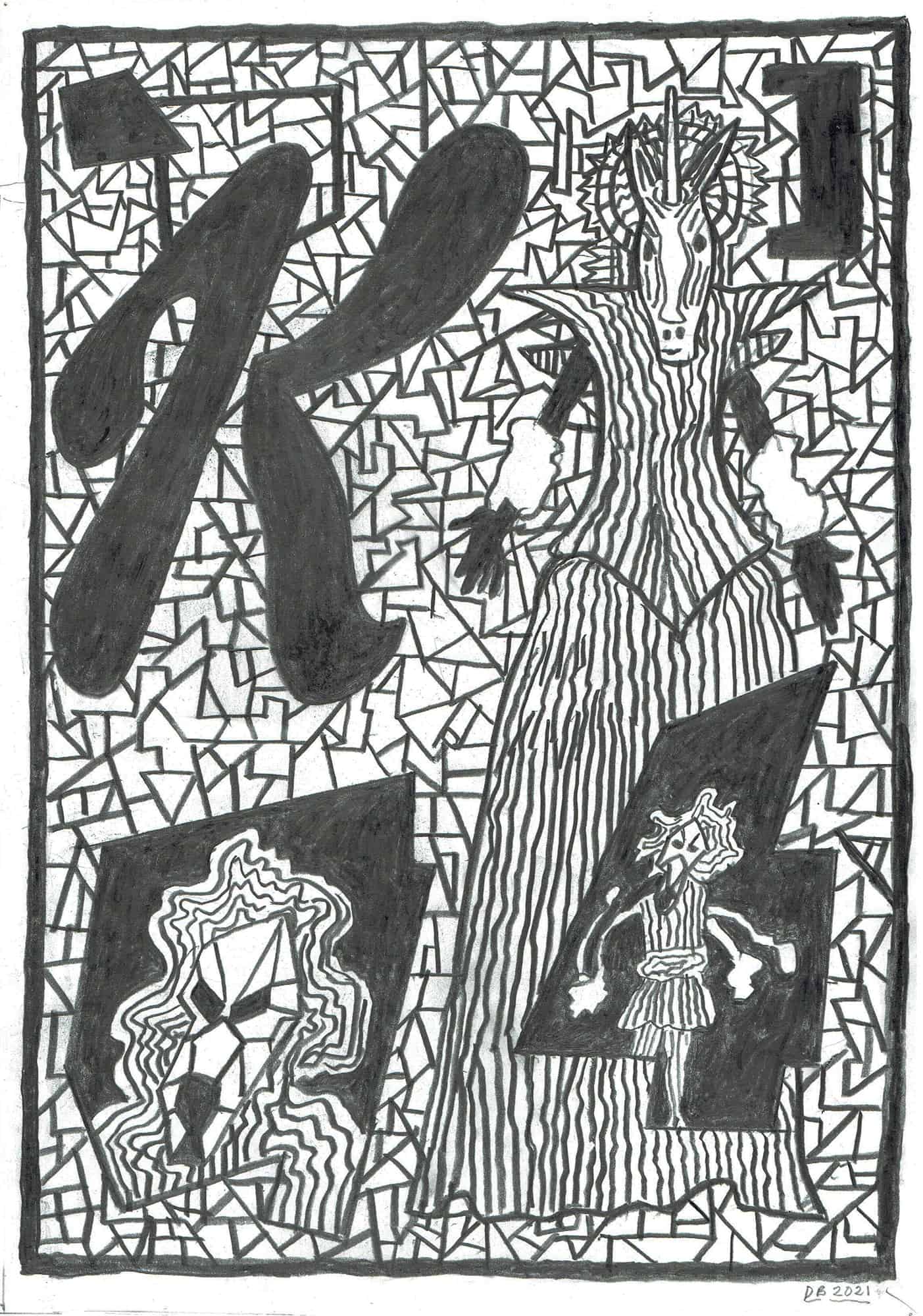 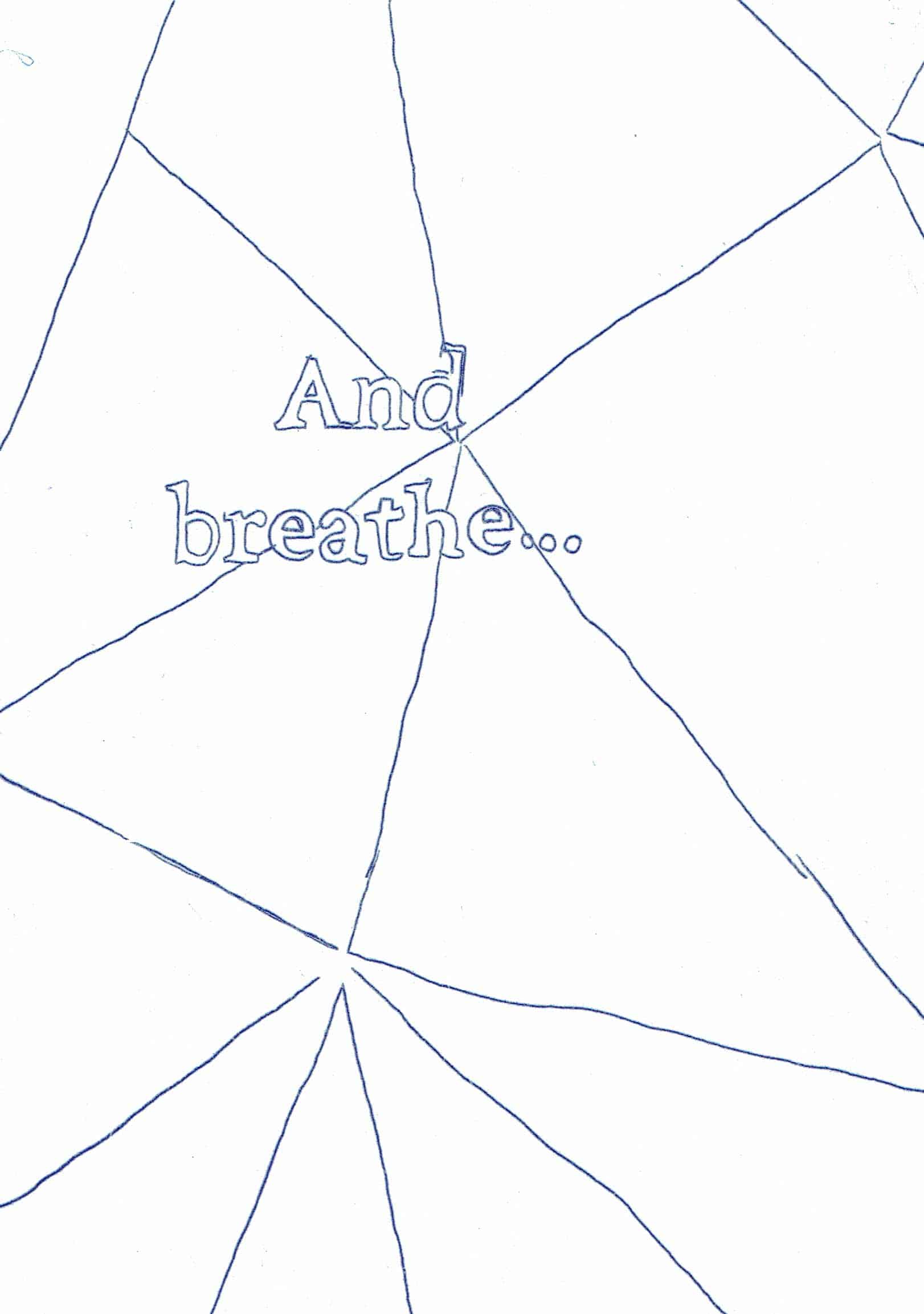