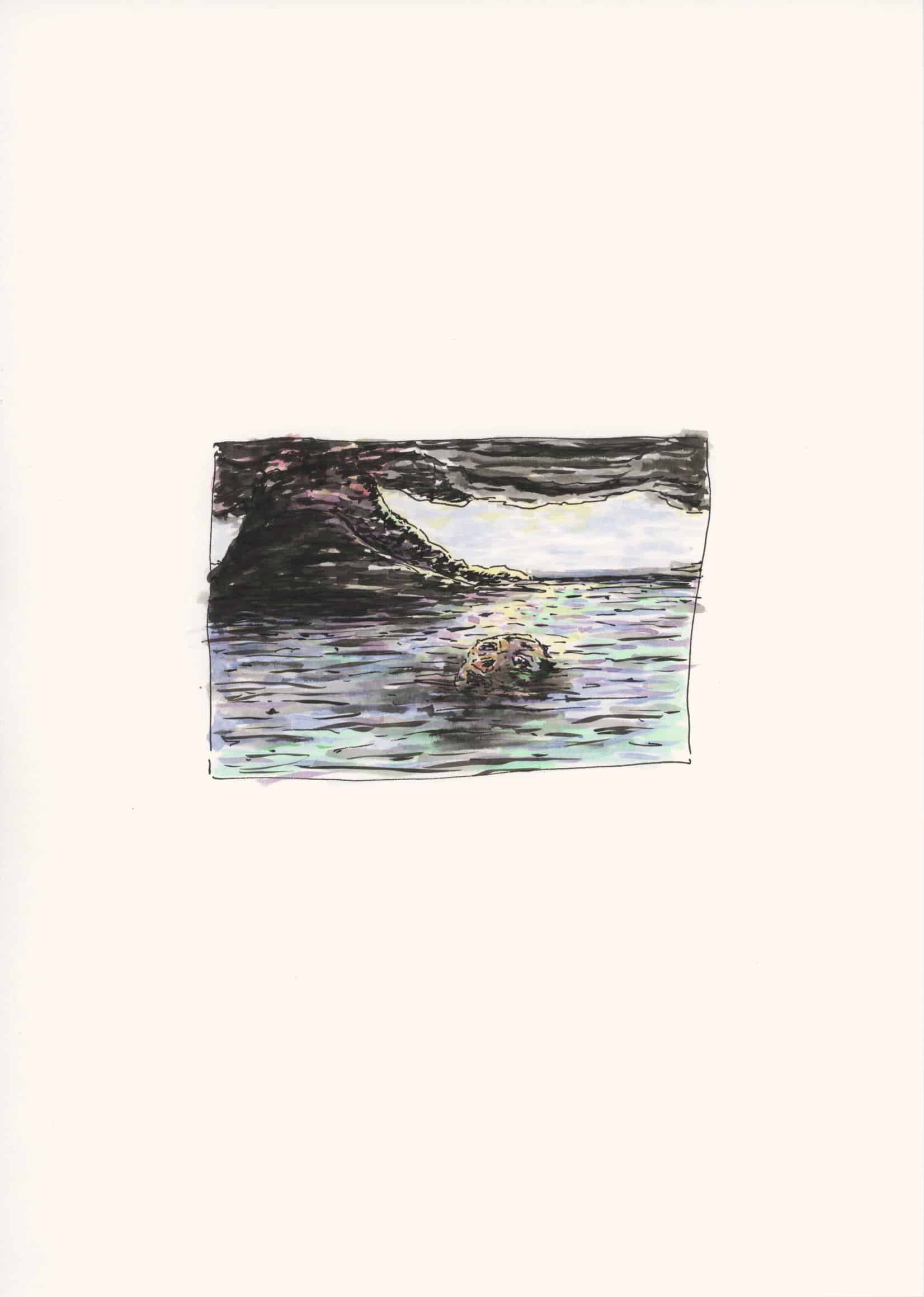 This is a drawing of a memory of a tiny watercolour by William Blake. A head, or just the head visible of a body, is swirling in a dark ocean, while a volcano has erupted in the background, the ash in the sky creating the darkness of night. I could grasp the deep below the head, which was blind to the dangers underneath – submarine lava flows and fast waters, like a strange dream ocean. Perhaps this is an afterlife of inferno. Or floating severed in our own world, its soul is already in another.

Austen is interested in creating an awareness of the image as a physical entity, something that wrestles with its non-physical nature, wrangling with an excessively expanding eye that flirts with both the virtual and the real. A constant vortex of looking and longing, both inwards and outwards of the image. 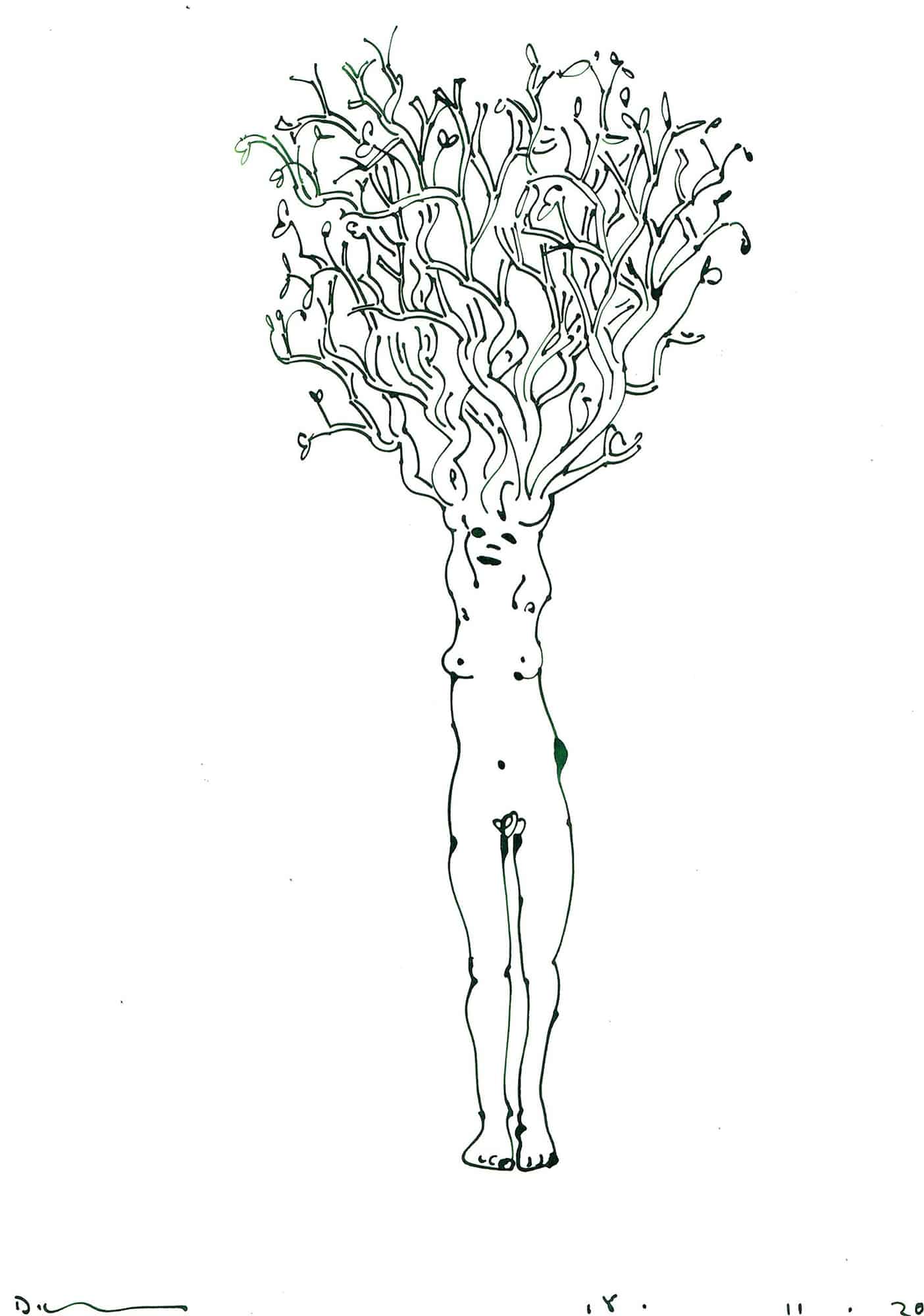 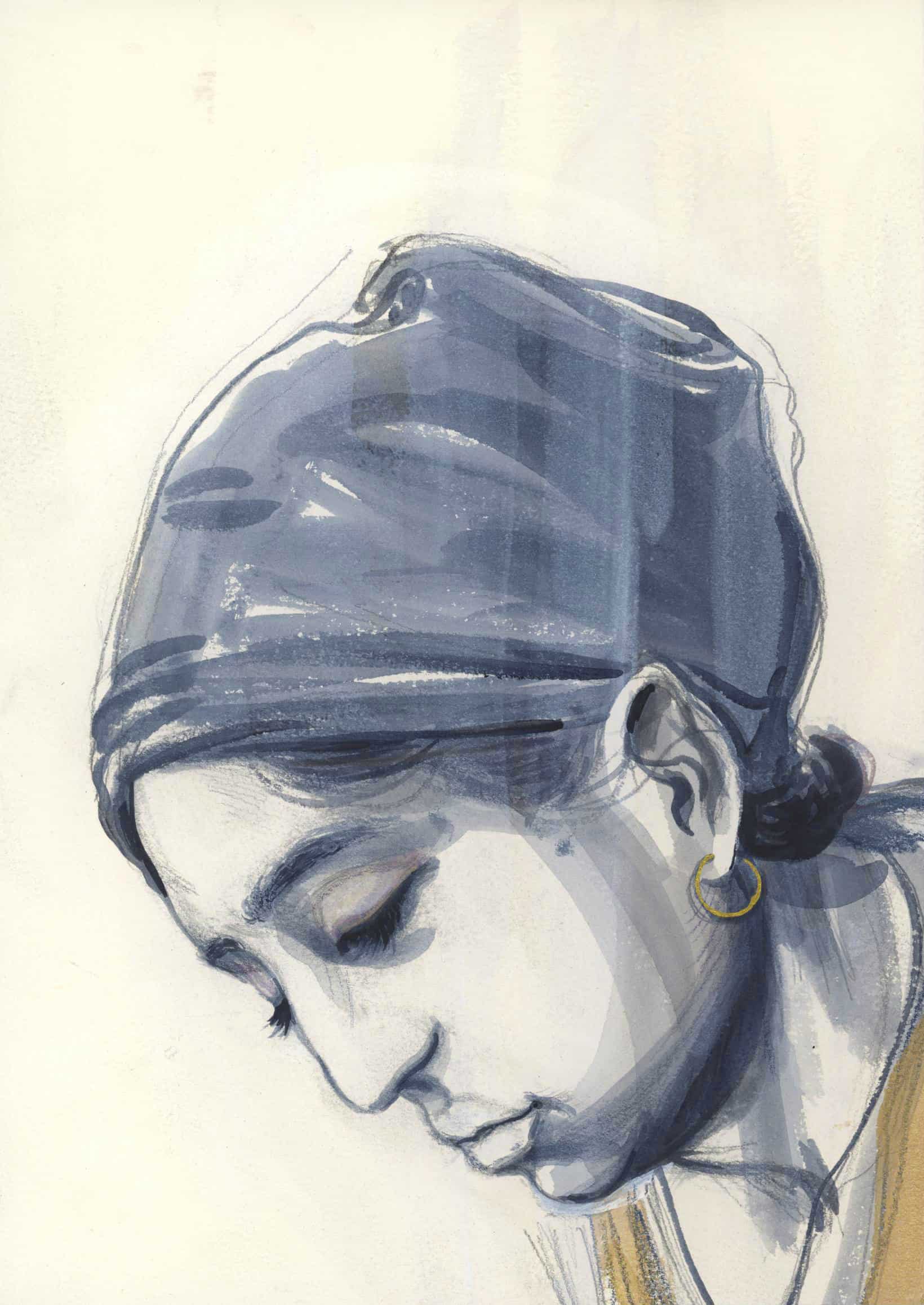