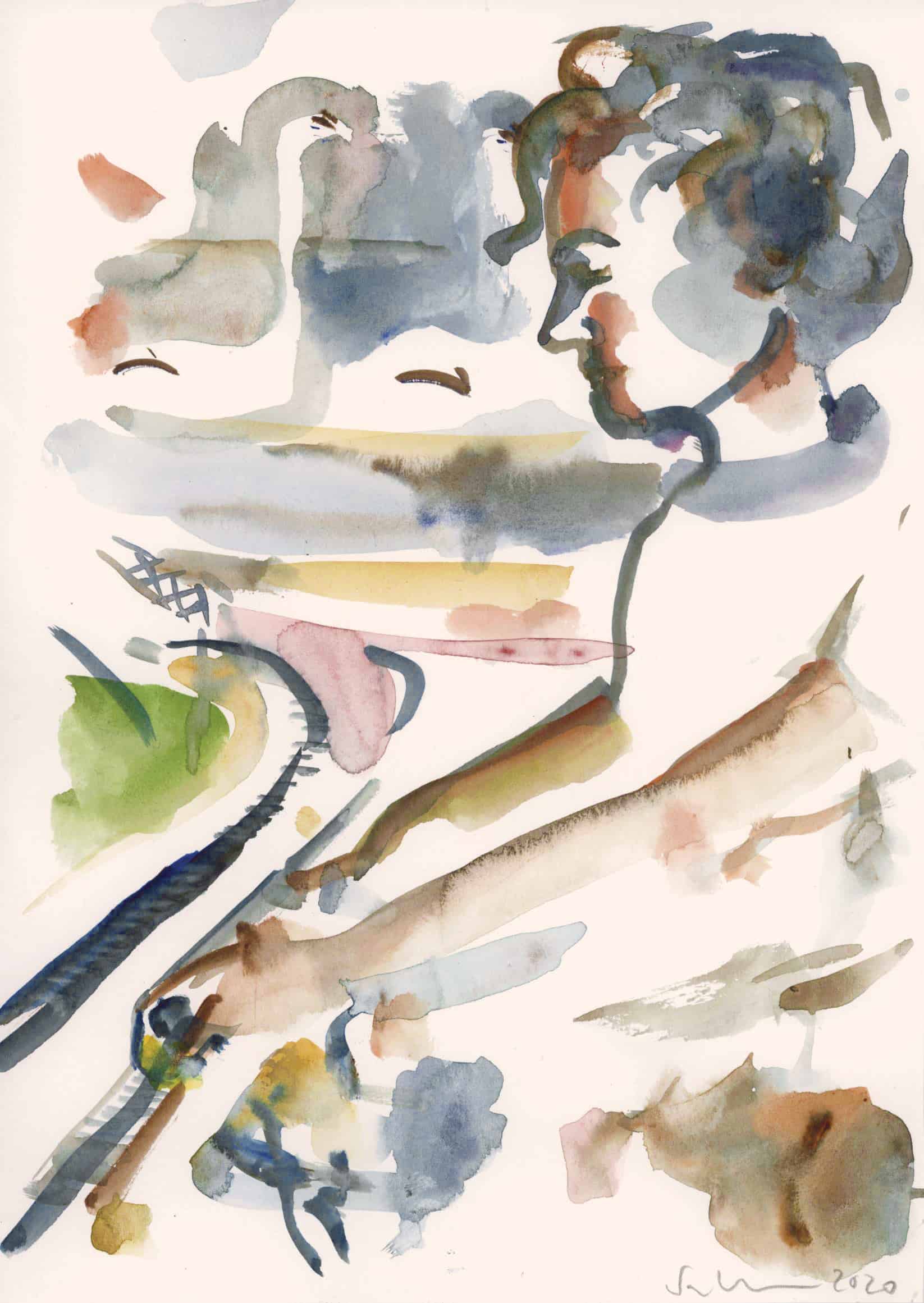 It’s a little bit of a tradition that I draw Jonathan for the Biennial. Here he is working on his model railway lockdown project.

Born 1975 Munich, Sophie Von Hellerman lives and works in London. Graduated from the Kunstakademie, Dusseldorf (1999), and the Royal College of Art (2001).

Von Hellermann’s paintings recall the look of fables, legends, and traditional stories that are imbued with the workings of her subconscious, rather than the content of existing images. Her romantic, pastel-washed canvases are often installed to suggest complex narrative threads. The artist applies pure pigment directly onto unprimed canvas, her use of broad-brushed washes imbues a sense of weightlessness to her pictures. Von Hellermann’s paintings draw upon everyday affairs as often and as fluidly as they borrow from the imagery of classical mythology and literature to create expansive imaginary places.

Her works are held in private and public collections including the Los Angeles County Museum of Art; The Metropolitan Museum of Art, New York; and Saatchi Collection, London. 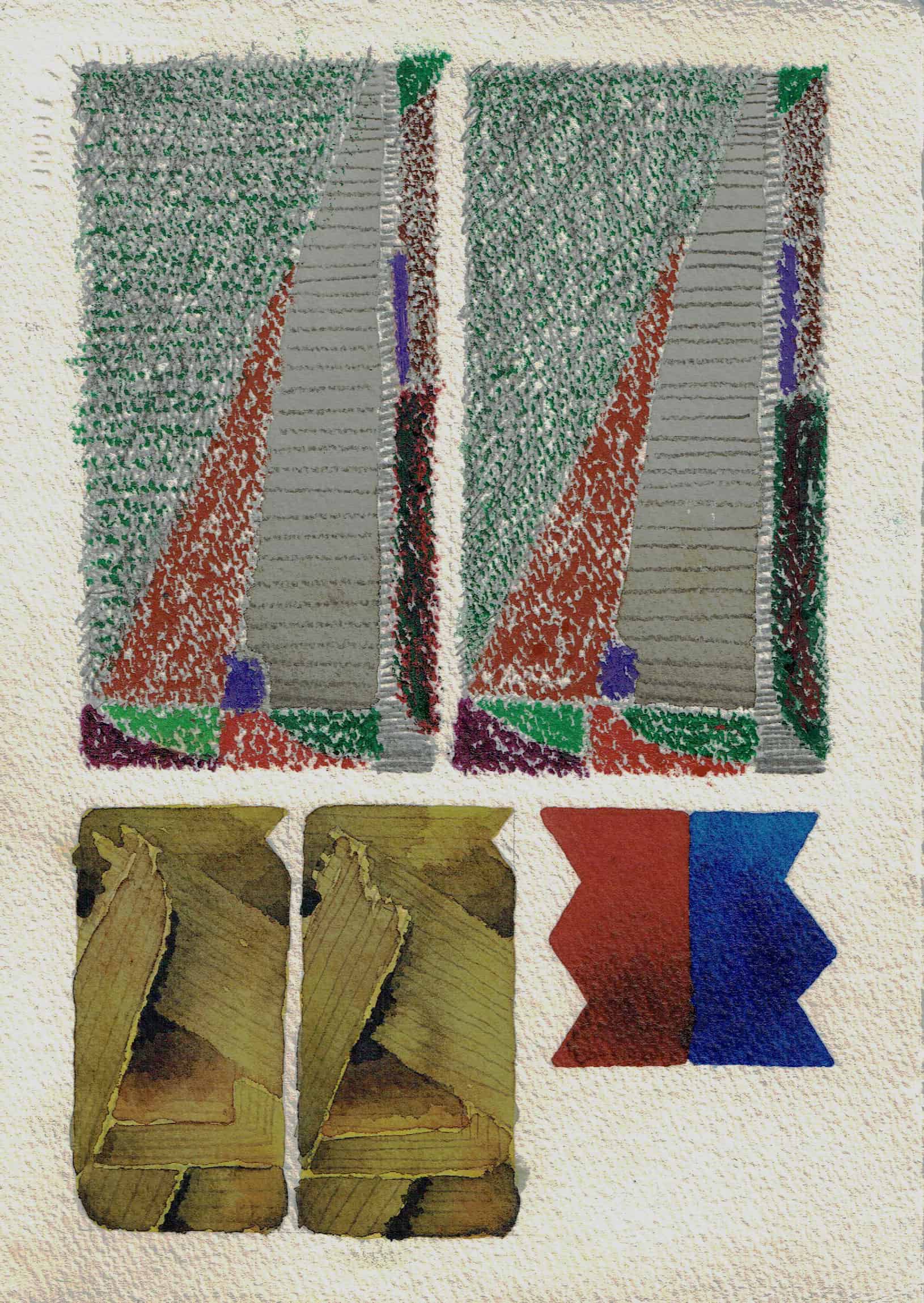 Too Nice, Play It Twice (Study)

Plague of Pins and Needles 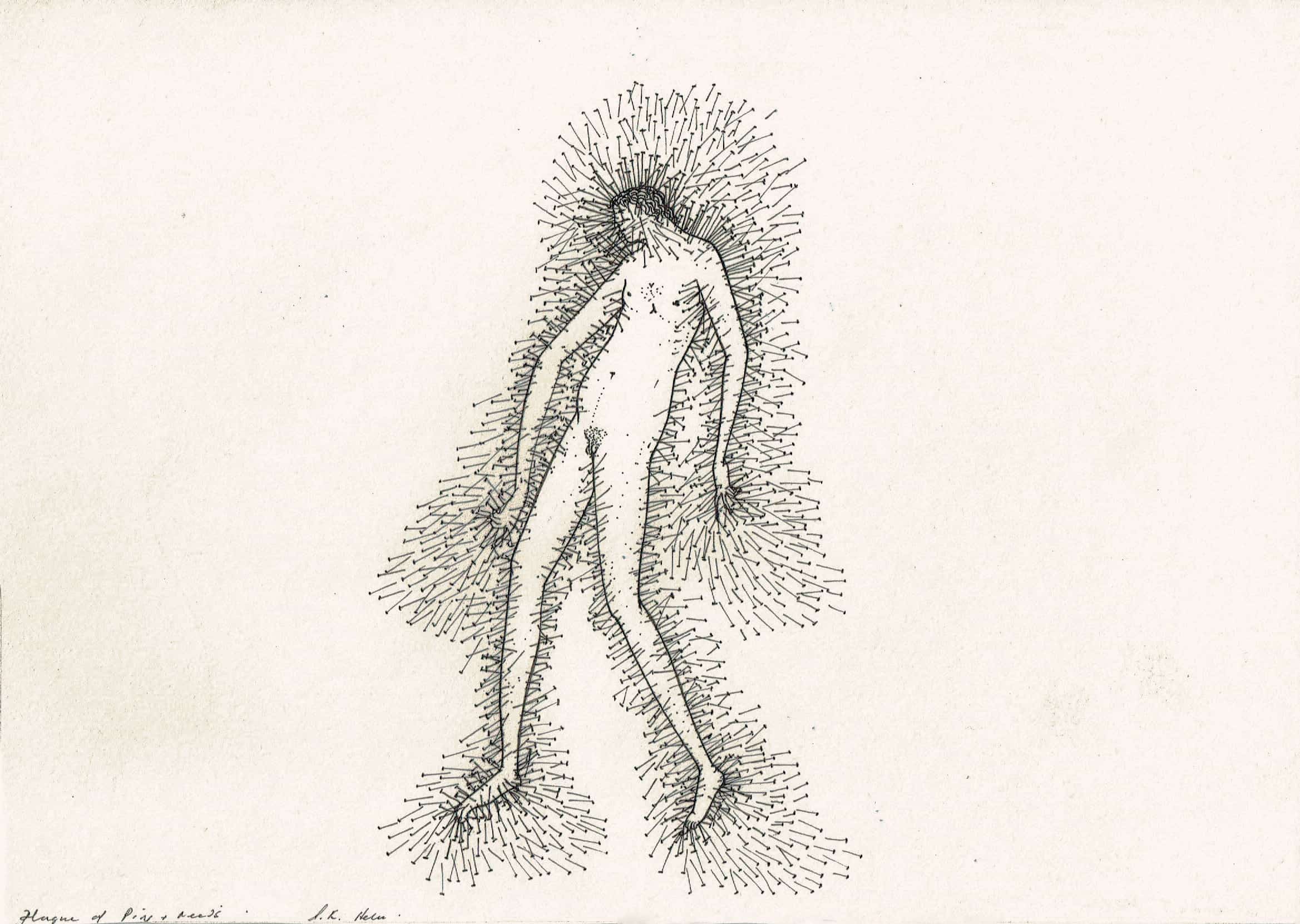